Sjoerd Marijne all for ‘player-driven’ approach

Said Marijne in a chat from Holland, “The challenge to lead the men to the next step help me take this decision. 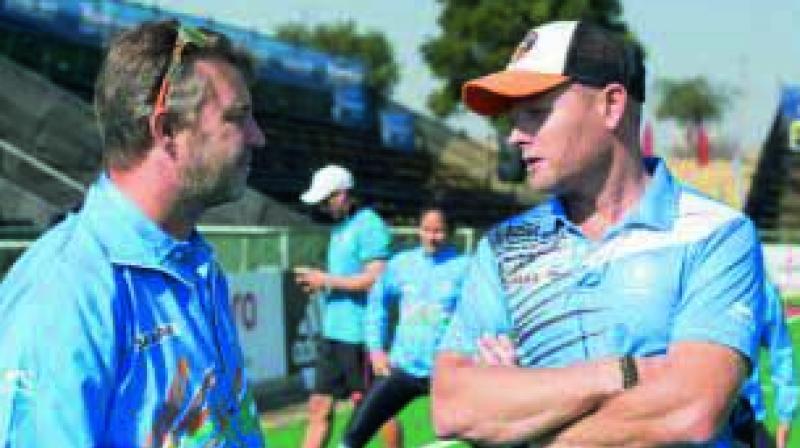 New Delhi: Newly-appointed men’s hockey coach Sjoerd Marijne says he wants to adopt a “players-driven, coach-assisted system” as he gets ready to step into the shoes of countryman Roelant Oltmans, whose contract was terminated last week.

As reported by this newspaper on Friday, the Dutchman — currently coaching the Indian women’s team in Europe — will make the switch in what will be his first assignment with a senior men’s side. Former junior coach Harendra Singh was handed the women’s role.

Said Marijne in a chat from Holland, “The challenge to lead the men to the next step help me take this decision.

“My belief is that the strength is inside a team and they must learn to make the decisions inside and outside the pitch. I will help and guide them in this process so the team will be players’ driven.”

Asked if lack of experience in coaching a men’s team would hinder his plans, the 43-year-old said, “I have coached two-thirds of the Dutch national players with various clubs in the country. I was also the assistant coach with the Spanish men who won the silver medal in the 2008 Beijing Olympics, so the experience is there.”

Sharing his vision for the team, he said, “I believe you have to respect the culture where you are working and take the best of it. “There are a lot of dribbling skills but in international hockey, the basic skills are most important to create a high pace and that’s where India can improve.”

Pre-determined move?
Earlier in the day, sports minister Rajyavardhan Singh Rathore took to Twitter to announce the signing of the men’s and women’s coaches.

The day’s announcement left many surprised given that Hockey India had advertised for the men’s post on its website just three days ago, with the last date set for September 15.

Former Germany coach Valentin Altenburg, it is understood, was among those interested and was looking to apply before the advertisement was taken off suddenly.

Insiders suggest that the decision to replace Oltmans with Marijne had been taken at last week’s review meeting itself, with HI looking for quick solutions.

So was the advertisement on its website just eyewash? While there were no answers forthcoming, HI’s quick-fix manner left many stunned who felt the body could have waited at least till September 15 before making its decision public, than making a mockery of the process that it had started.

High performance director David John defended the move. “I hope the decision is not misconstrued. The support staff for both teams will remain the same to ensure a smooth transition. Both teams will train in Bengaluru, so the coaches can help each other in the process,” he said.