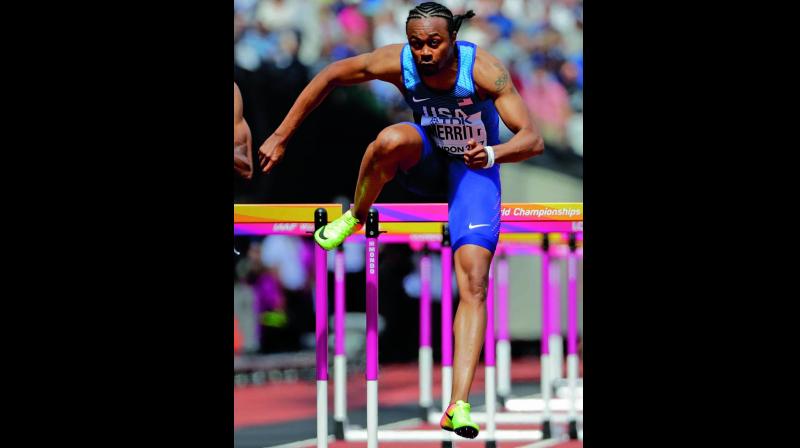 London: Jamaica’s Omar McLeod added the world 110 metres hurdles title to his Olympic crown and jointly dedicated it to his mother and superstar Usain Bolt. However, world record holder Aries Merritt’s dream of winning at least a medal two years after a kidney transplant were dashed on Monday night as the American 2012 Olympic champion finished fifth.

McLeod, 23, led from start to finish to take the title in 13.04 seconds from defending champion Sergey Shubenkov with Balazs Baji of Hungary taking a surprise bronze. “It’s crazy, it’s my moment,” said McLeod. “I had to win tonight as my mother (Arnella Knight-Morris) was watching in the stands. I dedicate this win to my mother.” 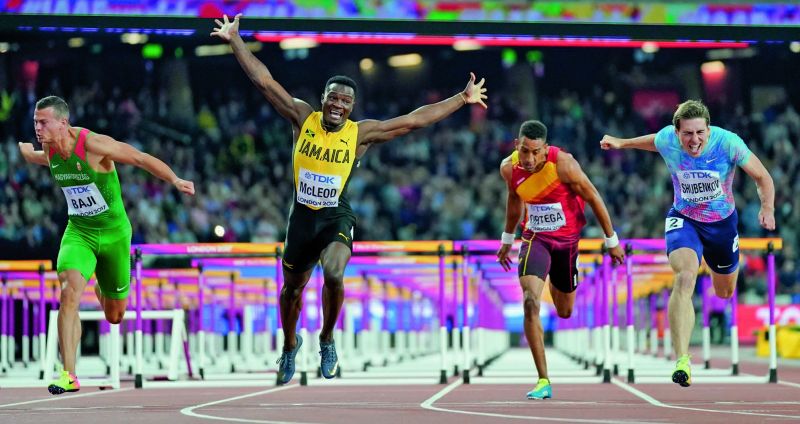 McLeod provided Jamaica with a much-needed boost after both Bolt and women’s double Olympic sprint champion Elaine Thompson failed to bring home gold in the 100m. “I really wanted to come out here and keep the Jamaican flag high,” said McLeod. “Usain Bolt he’s still legendary, this is also for you! His legacy to Jamaican athletics he deserves such a tribute!”

McLeod added: “This one is special, honestly. There was a lot of pressure coming in but I channelled it positively. It’s totally different to last year where we had Usain and Elaine winning, which I used to propel me. I didn’t have that this time so I really wanted to come out and shine my own light.” McLeod dominated the race leaving the others to fight it out for the minor medals with Merritt in contention until the final hurdle.

Nirmala finishes in last three
Nirmala Sheoran finished among the bottom three in the women’s 400m semi-finals  on Monday. The 22-year-old clocked 53.07 seconds, well below her season’s  best of 51.28, finishing 7th in Heat Two and 22nd overall out of total 24 competitors.