Tiger Woods set for arraignment on DUI charge in Florida

Tiger Woods, 41, is unlikely to appear in court in Palm Beach Gardens after his lawyer waived his appearance at pre-trial hearings. 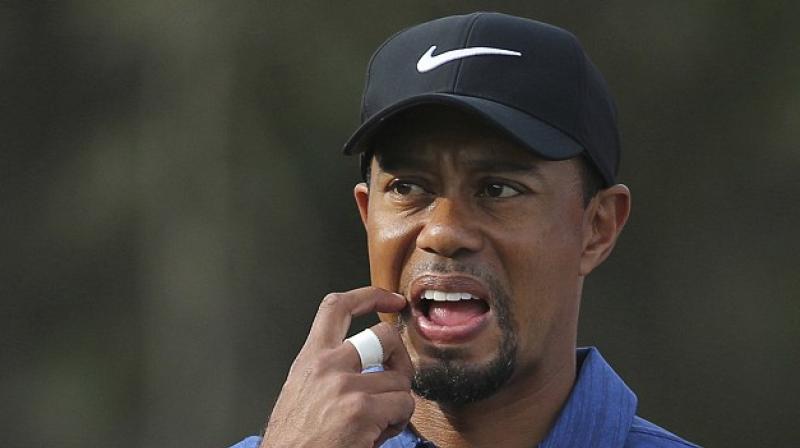 Palm Beach Gardens: Golfer Tiger Woods, arrested in May on a charge of driving under the influence after police found him asleep at the wheel of his Mercedes-Benz stopped on a Florida road, is due to be arraigned in the case on Wednesday.

Woods, 41, is unlikely to appear in court in Palm Beach Gardens after his lawyer waived the former world No. 1 golfer's appearance at pre-trial hearings.

Police found Woods on the side of a Palm Beach-area road at about 3 a.m. on May 29. He had "extremely slow and slurred speech" after being awakened by a Jupiter police officer but was cooperative and told officers he takes several prescriptions, including Xanax, according to a police report.

Woods, who had been heading away from his home on the exclusive Jupiter Island, could not remember where he was going and told police he was returning from Los Angeles.

A blood test showed he had the painkiller Vicodin and the antidepressant Xanax in his system, but no alcohol. He was charged with driving under the influence and improperly stopping his vehicle.

In a statement after his arrest, Woods apologized to fans and blamed the incident on prescription medication he was taking to manage pain from a recent back surgery.

In mid-June, Woods said he was receiving "professional help" to manage his use of pain medications and a sleep disorder. The following month he announced he had completed an out-of-state program.

If convicted on the misdemeanor DUI charge, Woods could face up to six months in prison. He could also plead guilty to a lesser charge of reckless driving and enroll in a 12-month program that would let him avoid a DUI conviction.

Woods' lawyer, Douglas Duncan, did not respond to requests for comment ahead of Wednesday's hearing.

Woods has won 14 major golf championships, second only to Jack Nicklaus, but has hardly played during the past two years after undergoing multiple back surgeries.