The day, however, belonged to the girls from Ahura Racing in their striking red cars and uniforms. 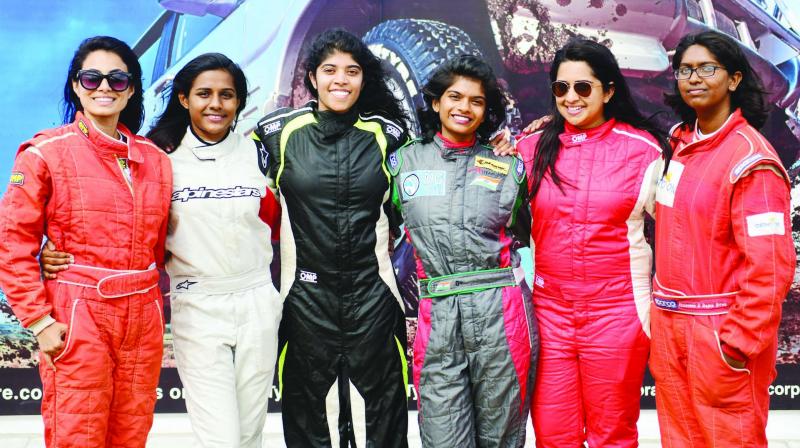 Trio of Karthik Tharani, Vishnu Prasad and Joseph Mathew began the 21st JK Tyre FMSCI National Racing Championship on a winning note, even as the all-women’s team of Ahura Racing stole the thunder on Saturday afternoon in Coimbatore.

Racing for the first time ever, Coimbatore’s Megaa KS beat the rest of the girls, impressing with an overall timing of 18:09.051 minutes. Pune’s Dr Ritika Oberoi, a seasoned motorsports competitor, chased her all the way, taking one extra second.

The day, however, belonged to the girls from Ahura Racing in their striking red cars and uniforms. The six girls created history on Friday, becoming the first all women’s team to compete in India. Five of them eventually competed in the LGB 4 category, and did well to finish the race.