While the swimmer is gearing up for the Asian Games; he informs that these could be the last two years of his career. 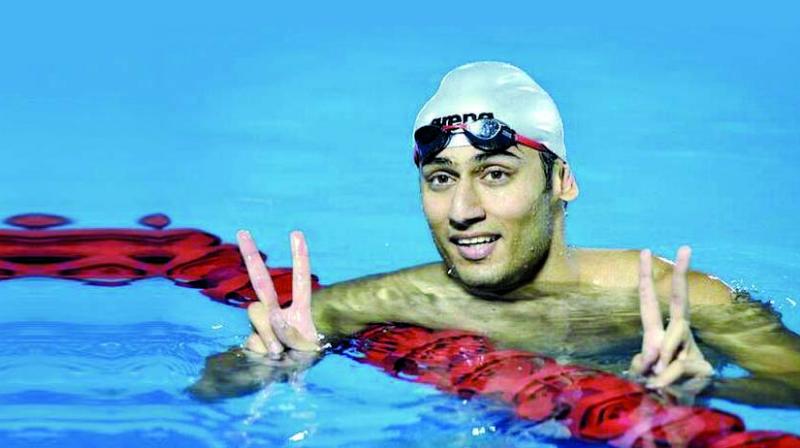 There is an enormous change in the way he approaches things now. Virdhawal Khade had lost his confidence a year ago and you can  tell the difference by the way the swimmer draws near situations now, as oppossed to how he did the same a year ago.

Being around the swimming pool, practicing, day-in and day-out brought about this change in the 26-year-old athlete.

It is ironic how his life panned out after winning a bronze medal in the 2012 Asian Games, a period where he did not enter swimming pool for two years. It was a time when he was appointed as a Tehsildar in the collector’s office. For the longest period, he was posted in Sindhudurg, a small district near Kolhapur.

For a medallist in an Olympic sport, Khade was counting days for his return to Mumbai or any other city where he could train. But what came was the 2014 general elections, doubling his work. Adding to his misery, were superiors who could not identify with the athlete’s wishes.

The fastest man in Indian swimming reclaimed his throne last year. Khade was surprised with his own time of 23.18 seconds in the 50 metre freestyle category for which he bagged a gold medal. More than anything, the win pushed his confidence level and made him realise that there’s five years of separation cannot stop him.

Those years robbed him of chances at Olympics in 2012 followed by Commonwealth Games and Asian Games in 2014. In 2016, he watched the Olympics dreaming of returning in 2020. Khade was 16 when he became the youngest Indian swimmer to make it to the quadrennial event.

But right now, he is in Bangalore training for the Asian Games to turn his bronze from 2012 to gold. “I am approaching it (Asiad) as the biggest competition of my career,” he says.

“Realistically, we have a chance of winning medals in swimming this year. Right now, I am faster than I ever was. I am physically fit and mentally strong. I think if I had this kind of commitment 10 years ago, I would be a better swimmer. I was willing to do anything to get back to the top and I feel that I am in a great shape to get medals,” he adds.

Khade might not have the most decorated career as an athlete but it is a dramatic one. From being the youngest Indian swimmer at the Olympics to breaking national records followed by a five year exile. He is definitely the ‘he-could-have-been-something’ athlete. The swimmer insists that he will have two more years and bid farewell to the sport. “I think after Asian Games, I will keep my eyes on the 2020 Olympics. I will play for two more years I think,” he says.

We have not been opportune to watch him swim but if his claim of being ‘faster than ever’ is true, then we can maybe enjoy two years of watching  one of the finest swimmer  the country has ever seen.