The losses made me the fighter I am, says boxer Amir Khan

Boxer Amir Khan has knocked out numerous opponents in the ring. Apart from fights, he talks about Indian films and food. 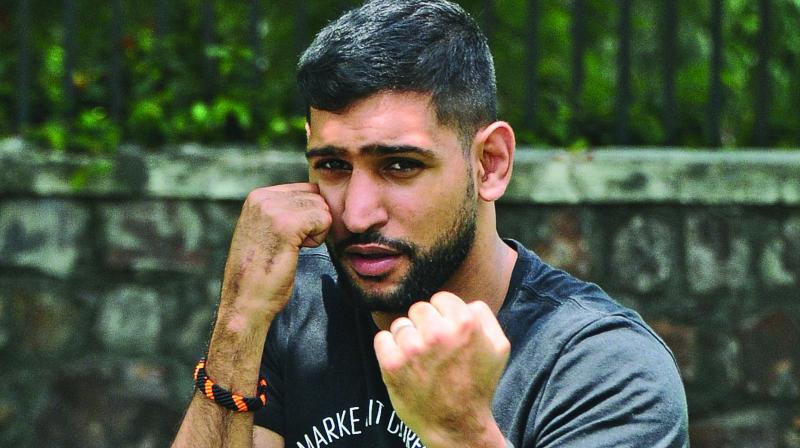 Any preconceived notions about how intimidating an Olympic medal-winning boxer and two-time world champion can be, falls flat when one meets Amir Khan. The British boxer of Pakistani origin, who is in the city in the capacity of Super Boxing League’s co-founder (he runs it along with Indian partner Bill Dosanjh) is as soft-spoken as one can be. In a freewheeling chat, he speaks to us about his namesake in Bollywood, the rise of pro-boxing in the Indian subcontinent and how sports can bridge gaps between two neighbouring nations that are always at loggerheads.

He often ends up getting messages meant for his namesake in Bollywood. “When an Indian or a Pakistani person takes my call and I say my name, they ask me, ‘Is it Amir, the boxer or the actor?’ I get messages saying I am a big fan of your movies and I am like ‘What the hell?’ But Indians can now remember my name easily because of this confusion. We are two people who are so widely searched on net, but are from two different worlds. It’s crazy.”

But how often does he get to watch movies given his hectic schedule? “I mostly watch them on the flight. I like action and horror movies. I hate love stories and chick flicks but I take my wife to them. We have different taste in movies. Sometimes, when I take her to Bollywood movies with love songs, my fans get really surprised by what I am doing there. But I do have a romantic side,” he winks.

Now we talk about what transpires in the ring and what Amir says sounds like life lessons. “When you are focussed and patient, you think better. When you are aggressive, you make mistakes. I like to let my fist do all the talking,” he says. But, on the contrary, boxers and fighters often trash talk before the matches. Amir explains, “It sells the fight. When two people are full of rage, it’s difficult to hold back and people love to see two people who hate each other exchanging blows.”

Starting off as a child prodigy, there’s a lot that Amir has achieved in his life but still longs for more. “I am 35 and I want to win one more world title before I call it a day. It has been a tough career. I’ve won fights and lost them but the losses made me the fighter I am. I have to train harder because I have been beaten before and I don’t want to lose again. Defeats make you hungrier. After I hang my boots, I will go on promoting boxers. After India, I will take the leagues to Pakistan. I want to manage talents that are otherwise getting misused and abused out there,” he says.

Pro-boxing is still taking babysteps in India but Amir has high hopes for it. “But it’s a good baby and celebs are promoting it. See the number of films that have come out on boxing and fighting in India lately. It is the impact of the culture started by the sporting leagues. It’s just the beginning. We are pumping so much money in this sport. We might be losing money now but one day, this will grow up to be very big.”

There has been a growing demand that Amir should square off with India’s poster boy of boxing, Vijender Singh. But the businessman in the seasoned boxer says that he will fight him if that proves to be monetarily profitable. “We are friends and I look forward to a fight with him. He has done exceedingly well. He has talent and experience. But we are price fighters. If it makes sense financially, it will happen.”

Pakistani actors are banned from working in India and so are its cricketers from participating in IPL. Amir, who has friends in both the cricket teams and also went to see the ICC Champions Trophy final, says, “I love both the countries. I have received so much love from both sides. In the final match, my fans from both the countries came to click selfies with me. The ambience was electrifying. Sports brought them all together. Ties get stronger through sports and you always have to be good to your neighbour.”

Talking of love, he shares his love for Indian food too. Before signing off, he shares, “I love halwa puri and kulfi. The aloo paranthas are amazing. I have to make sure I don’t eat too much or else I will put on weight.”

I can start off my B’wood career with an action movie: Amir

Amir’s wife Faryal Makhdoom, a model and businesswoman, loves shopping in India. She says, “I first came to India for my wedding shopping some four-five years ago. My wedding outfit was by Tarun Tahiliani. India’s markets are as good as those in UK.”

She is equally fascinated with Bollywood and wishes to make a career here. “Shah Rukh, Kajol, Amitabh Bachchan, Madhuri… I love them all. The last film I saw was Sultan. I could relate to it. From the current crop I like Ranveer Singh. In Bajirao Mastani, he rocked. It will be hard for me to live in India without my family but I might enter Bollywood in the future. My Hindi is good. I grew up watching Indian movies and when I meet Indian stars, it’s like a step closer to the Bollywood dream. Maybe I can start off with an action movie. I beat up my husband at home.” 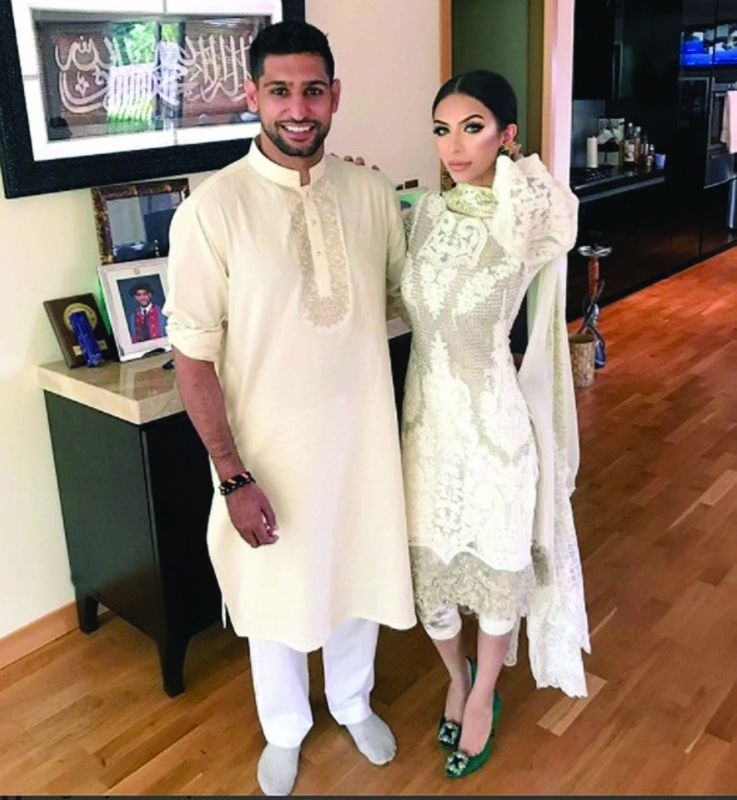 A picture Faryal shared on her Instagram profile on Id.

It was reported that she had turned down the offer from celebrity Big Brother but she denies it. “It starts in August and I still have time to revert. Amir has a huge fan base and my participation will only help his popularity. But weeks away from my daughter is so difficult,” she says. On a personal note she shares, “My daughter is only three and she loves watching boxing. I think it runs in the genes. Having seen Amir, I’d never want my kids to take up boxing. She sees his swollen eyes and thinks it’s makeup. Amir says he will quit the day our daughter starts understanding that it’s all real.”