Ace marathon runner, Anil Kumar, will now be able to participate in the Asian Masters Athletics Championships to be held in China. 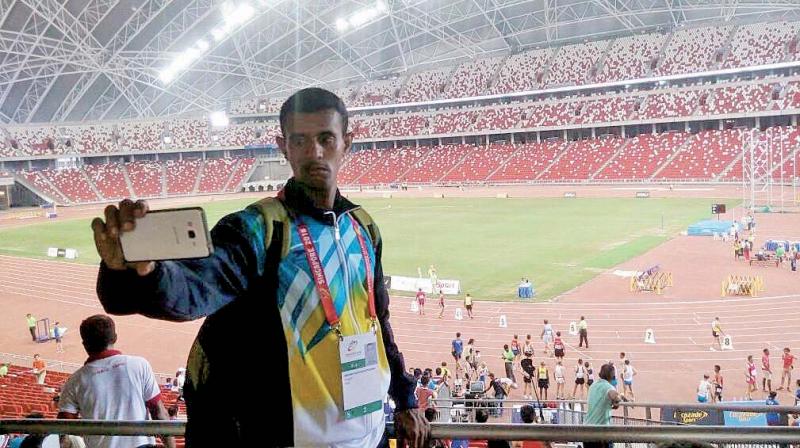 Once in a while you come across stories that restores your faith in humanity. The story of Anil Kumar is one such case. Despite being born in a humble family with meagre earnings, Anil worked hard towards his dream. Anil was born in Palakkad, Kerala in a family with three elder brothers and three elder sisters. Both his parents were daily wageworkers. Currently, due to ill health, his father is not being able to work. However, 38-year-old Anil is a runner — literally as well as proverbially. After working hard to earn a living for his family, Anil has been able to train himself to become an ace marathon runner. So much so that he has got an opportunity to participate in the Asian Masters Athletics Championships in China. But to participate in the championship, he needed to raise Rs 77,000. This is not the first time he has faced such a hurdle. Earlier, he had to let go of several such opportunities due to a dearth of money.

But city boys, actor-producer Nakuul Mehta and the lifestyle brand Moochwala have managed to run a successful campaign to raise funds for the athlete in just two days. “Both Nakuul and I are sports nuts, and when we got to know about this, we thought of making this work out for Anil,” says Nischay Gogia, founder and owner of Moochwala. Nischay joined hands with Nakuul to launch a limited edition line of T-Shirts called ‘Be Badasso’ to celebrate and empower the spirit of Anil — a woodcutter, a cross-country runner and a believer.

“It was my brother who fuelled my passion for sports and I started running from the age of 13,” says Anil over the phone. Needless to say, the initial period was difficult for him. “There have been no such support from the locals or even the state. However, my family has been extremely supportive,” he adds humbly. Although Anil’s brothers and sisters end up buying him proper shoes every once in a while, they aren’t up to the mark. “Currently I am wearing a shoe worth Rs 500, but the one that I need is close to Rs 5,000,” he says.

For more than two decades, Anil has been practicing diligently with a little help from his brother. He has managed to do so by following a strict regime — balancing work and passion. “I work in the morning in 6 to 9 and again from 4 to 6 in the evening. In between, I practice,” he says. When asked if that doesn’t take a toll on his body, he adds, “We live on matta rice, and once in a week we get eggs.” Matta rice or Red rice is an indigenous variety of rice grown especially in Palakkad, the district where he belongs.

The fact that so many strangers came on board to fulfil Anil’s dream has touched him deeply. “Once I am back, I am planning to meet both Nischay and Nakuul and touch their feet. They are godsend for me,” he says.

Nakuul, a busy actor and producer himself, is extremely happy as how the affair has unfolded. “Although Rs 77,000 might not be much for people who live in cities, the fact that it could change someone’s life speaks volumes. Even we weren’t expecting the massive support that we’ve received,” he says, as he takes a break from his ongoing shoot for a popular show.

The merchandise that Moochwala produced has sold out like hot cakes and Nakuul’s fans have played a part in it as well. “I would get a lot of gifts from fans, like cakes and bouquets, but one can have only so much. So I’m glad that all the love that my fans showered has been channelised in the right direction,” he concludes.