The Indian men's 4x400m relay team also qualified for the final by winning one of the two heats held in the morning session. 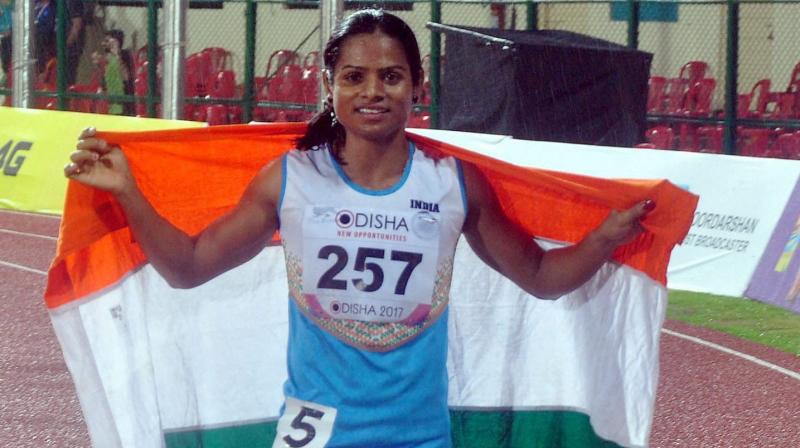 Bhubaneswar: Dutee Chand stayed on course for her third medal while Srabani Nanda eyed a second as Indian sprinters qualified for the final of the women's 200m event on the final day of the Asian Athletics Championships.

The two Odisha girls, who came together to win the bronze medal in the women's 4x100m relay last night, made it through their respective semi-finals, with Srabani winning the first heat, while Chand finished second in the third heat.

Another Odisha sprinter, Amiya Kumar Mallick scraped through to the final of the men's 200m race as the last fastest qualifier. Mallick had earlier been disqualified from the men's 100m while he was part of the Indian sprint relay team that was also disqualified.

The Indian men's 4x400m relay team also qualified for the final by winning one of the two heats held in the morning session.

In the women's heptathlon, Swapna Barman, with 5066 points, maintained her lead over the rest of the field by producing strong performances in the long jump and javelin throw.

Meg Hemphill of Japan (5005 points), however, leapfrogged Purnima Hembram (4922 points) into the second place with just one event to go – the 800m race – which will decide the medals in the evening session.