Hemdev reminisces about events that transpired 51 years back, when he was part of the winning team. 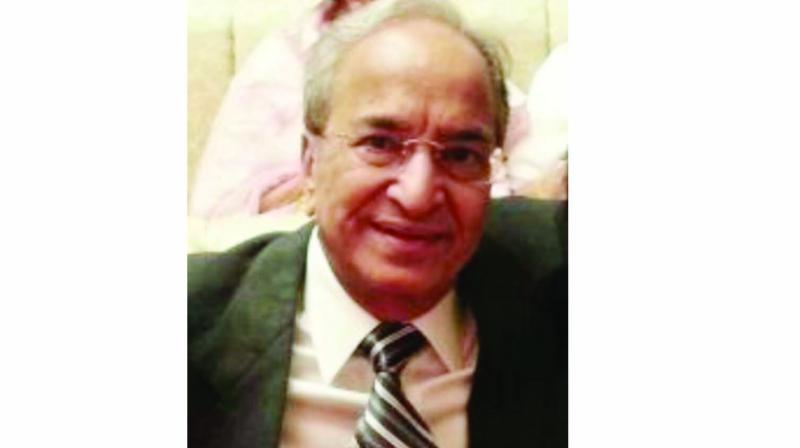 Kanayalal Hemdev has two doting memories from December 2 1967 — one that his son was born that evening and second, he missed the dinner later that night at the celebration of his team’s victory at the Kekoo Nicholson BSAM Billiards League. “I only had ice-cream that night,” is what the 82-year old can recall.

The veteran will probably make it to the dinner in time after 51 years as he watched his former team Cricket Club of India (CCI) ‘Prezmen’ lift the Kekoo Nicholson BSAM League title after a long wait against Mandpeshwar Civic Foundation (MCF) on Sunday.

Showing great determination and playing with plenty of confidence CCI ‘Prezmen’ rose to the challenge and in quite an authoritative manner defeated MCF ‘Tough Men’ to emerge champions in the CCI Kekoo Nicholson BSAM Billiards League 2018.

The Cricket Club of India team with a combined team handicap of 55 points, plus the minus five handicap of the MCF (Mandpeshwar Civic Federation) team, enjoyed a head start of a 60 points advantage and they did not let the advantage slip as they cantered to a 600-332 victory in the race to 600 points, final played over three frames at the CCI Wilson Jones Billiards Room.

Hemdev missed out on the celebration dinner because his son was born that evening and when he reached CCI, someone told him, “Arre bhai suit pehen ke aana hai,” and in order to get himself dressed, the billiards player missed it.

Now a businessman who lives in marine lines, Hemdev never knew that it will so tough to win the title again. “51 years back, I never knew that it was an achievement,” he says. Only a year later, he had to quit to the game because his father had expired and being the only able child, Hemdev took up his work as a builder. “It was a choice that I had to make. Either to play and not earn or work and make money, I chose the latter,” he says. His days as a builder didn’t last long though. “The guys from the underworld stopped me,” he laughs it off.

While he was watching CCI’s matches throughout, the old man had the same nerve as the players around the green table. The ball got pocketed and he would clap. The sportsman in him is still alive. Calling it quits in 1968 was a decision that brought a halt to his billiards career once, and for all. “He was a very keen player back then. I remember his beating the World Champion Wilson Jones in one of the games back then,” says another triumphant from the 1967 champion team, Rajinder Mody.

Both the losing semi-finalist, ECC ‘Elfies Thunderbolts’ and PCL ‘Beach Boys’ received a cash prize of Rs 15,000 each. Catholic ‘Decapitare’, CCI ‘Nicholson’s Boys, JVPG ‘Jugglers’ and PG ‘Centrics’, the four teams which lost in the quarter-final round were presented with a cash award of Rs 7,500 each

CCI will host a celebration dinner soon and maybe this time, he will go back home with more than just ice-cream in his stomach.