PV Sindhu beat Indonesia’s Dinar Ayustine on Thursday to enter the quarterfinals of All England Championship. 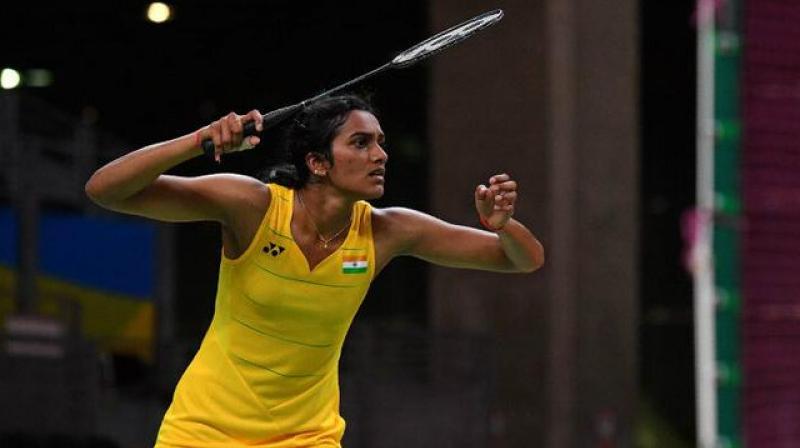 The Olympic silver medallist beat her opponent 21-12, 21-4 in the pre-quaterfinals tie in under 40 minutes. (Photo: AFP)

Birmingham: Saina Nehwal and PV Sindhu entered quarterfinals of All England Championships on Thursday after winning their respective second round ties.

In the first round, 2015 finalist Saina registered a comfortable 21-15, 21-14 win against defending champion Nozumi Okuhara.

The shuttler displayed splendid smashes and drop shots to register an easy victory. Ayustine did put up some resistance in the first game, where she won 12 points, but in the second game, Sindhu absolutely steamrolled her opponent.

Earlier, the sixth seed Sindhu defeated Danish Mette Poulsen 21-10, 21-11 in the first round match of the championship.