Online gaming industry on a boom in India

The youth today are experimenting with career options without shying away which is driving the unimaginable growth of the online gaming industry. 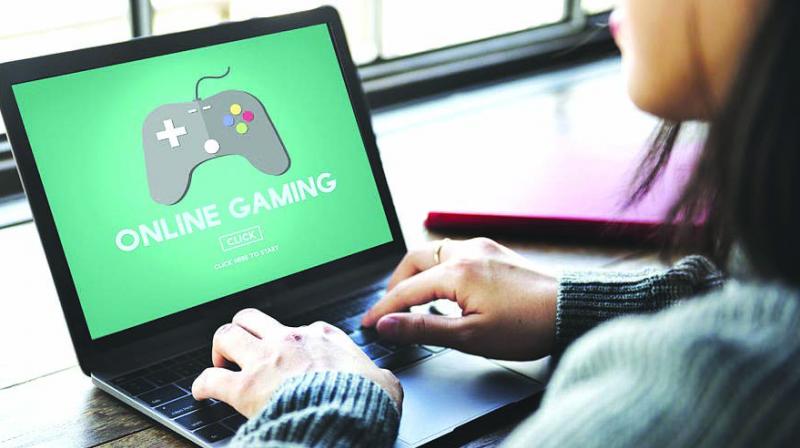 Mobile gaming has been gradually producing gamers’ with serious gaming intent, and given that an overwhelmingly large section of all Indian smart phones run on Android, Google is the automatic benefactor of this boom in the industry.

As the country with the largest youth population in the world, India is embracing the new generation’s interests in digital sports and entertainment. Over the past few years, the boom in affordable, faster internet, along with increasingly affordable smart phones have seen exponential growth in the field of online gaming.

Mobile gaming has been gradually producing gamers’ with serious gaming intent, and given that an overwhelmingly large section of all Indian smart phones run on Android, Google is the automatic benefactor of this boom in the industry.

“Several factors are driving the growth of the industry including the right ecosystem i.e. abundance of smart phone and easy availability of cheap data; youth orientation which considers online gaming as a way of social interactions, fun and entertainment, and skills-based earning interesting traditional players,” said Saurabh Chopra, the CEO of BalleBaazi.com.

Asked what are the challenges faced in customer acquisition and retention due to the presence of a plethora of options in the market space, Chopra said, “Since there are so many players in the market and their branding campaigns have a wide reach, it is not very difficult to acquire users at scale due to the availability of a large pie.

“However, the same thing makes it challenging to retain users, as there are multiple players with a variety of offerings in the market. I believe in the fact that betters the customer experience, the more they tend to retain. And that is the reason we constantly try to innovate and bring new features every now and then.”

Fantasy sports are also witnessing increasing traction in the country due to growth of digital infrastructure and the emergence of new sports leagues. The number of fantasy sports operators in the country has seen a 7 times growth to touch 70 in 2018 from 10 in 2016.

“The Indian gaming industry is growing tremendously with entrepreneurial giants like Alibaba backed by Paytm, Youzu, Tencent, investing in it. Worth over $890 million, the Indian gaming industry is already among the top 5 globally. According to experts, India is well positioned to be the major gaming market, already moving well in the direction. Even the lower-tier Indian cities have a large contribution to the rising market.

Talking about challenges faced by the Indian gaming industry, funding and monetization process are the two biggest ones,” he said.

In the same league of fantasy sports BalleBaazi.com with Yuvraj Singh as their brand ambassador is becoming quite popular among the Indian audiences.

“We are soon starting a Reward Programme on our app and expecting it to help us get a lot of new players on the platform. We are also planning to expand and add more sports on the app, like Hockey, Basketball, and Volleyball.

“Also, we are planning to take the app to the international market in the next 5 years as there are plenty of sports fanatics and Indians settled all around the world. These are just a few things we are aiming to do in the coming 5 year period,” Chopra added.