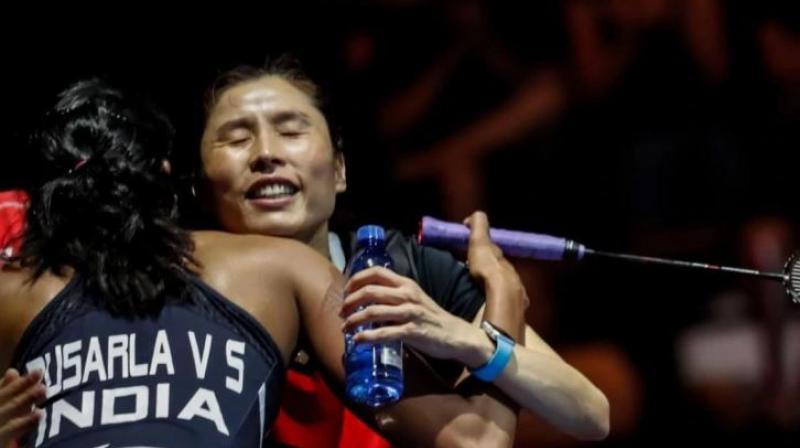 Sindhu was speaking after being felicitated by the Sahara India Pariwar at a suburban hotel for her recent achievement. (Photo: BWF Website)

Asked how Kim Ji Hyun's advice has impacted her game, she said, "Well it definitely had a lot (of impact) because she has been here for a few months.

"She had few changes in her mind and I think that really helped me. We worked on that, of course under the guidance of Gopi (P Gopichand) sir and it went very well. I have really improved a lot of skills and a lot more still to improve."

Sindhu was speaking after being felicitated by the Sahara India Pariwar at a suburban hotel for her recent achievement.

Asked whether the loss of 2017 final (to Okuhara) played in her mind when she entered the court this time, the 24-year-old Sindhu replied in the negative.

"No I don't think it was playing (in my mind) and also I was very positive. It was just a fresh game for me. We have played a couple of times later as well so it was one of the fresh matches."

According to Sindhu, being more aggressive and being fast on her feet did the trick for her in the World Championship.

"I was very much alert and I was very prepared for this tournament (World Championship) and playing against (Chinese) Chen Yufei and Okuhara, even though it was a different style of the game I was more aggressive and fast on my feet which was much needed.

"So, I was ready for every point and not just thinking about the game. Every point was equally important for me," the ace shuttler said.