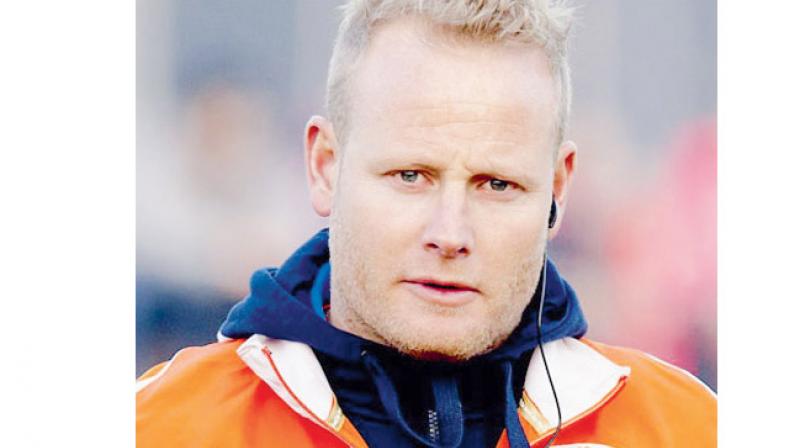 New Delhi: Holland’s Sjoerd Marijne is all set to take over as the national men’s hockey team coach following the sacking of countryman Roelant Oltmans, it is learnt here.

The 43-year-old Dutchman, who was appointed as the Indian women’s coach in February earlier this year, it is learnt has given his nod for a switch to the high-profile role after intense talks and lot of deliberation.

Sources suggest that Hockey India was keen to have someone on board who was familiar with the Indian system and at the same time, enjoyed a good working relationship with the authorities, and Marijne came good on both accounts.

He, however, it is understood, had a few apprehensions before giving his affirmation, given that he has had no experience in coaching a national men’s team before. Besides, the Dutchman is well aware of the demands and expectations that come with the men’s team role in India.

Says an insider, “Rather than bringing in a new overseas coach who will require at least a few months to understand the working system and settle, it is best to utilise someone who is already here.

“There are important assignments next year — the Commonwealth Games and the Asian Games — and with the men’s World Cup at home in 16 months away, this seems the best decision.”

In the present scenario, former junior India coach Harendra Singh — who was also being considered for the men’s role — will, in all probability, be handed the women’s team job making it his first independent charge with the national team.

Harendra has been among the most successful Indian coaches in recent times, leading the junior men’s team to the World Cup triumph last year. Add to it are his man-management skills and an amicable working relationship with most of the players.

“It is very important to have an Indian coach working within the system and Harendra brings with himself a lot of experience. His knowledge of the home conditions and having worked with all these players is a plus,” the source said.

Marijne is currently guiding the women’s team on their ongoing Europe tour in the Netherlands, which ends September 18.

Meanwhile, analytical coach Hans Streeder of Holland has resigned following Oltmans’ ouster, saying he could not “work in an environment with no clarity and lack of open communication”.