The 24-year-old timed a world lead of 43.62sec in Lausanne, well ahead of second-placed Botswana’s Baboloki Thebe. 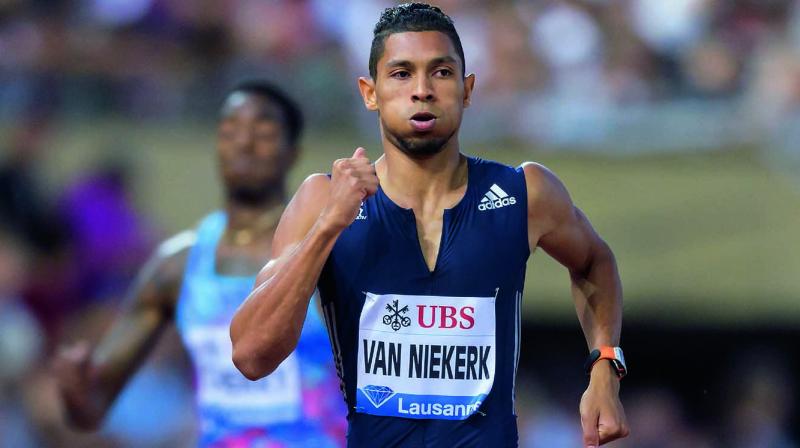 Lausanne: World record holder Wayde van Niekerk stormed to victory in the 400m at the Diamond League meet at Lausanne on Thursday, as American veteran Justin Gatlin went sub-10sec for the 100m.

That time beat a long-time record held by Michael Johnson, the legendary US athlete whose record in the one-lap race he also beat when winning gold in Rio.

The 24-year-old timed a world lead of 43.62sec in Lausanne, well ahead of second-placed Botswana’s Baboloki Thebe.

Hailed by eight-time Olympic champion Usain Bolt as his successor as leader of the sprinting world, Van Niekerk said he was constantly inspired by his performances.

“I didn’t come with a specific time in mind but I am pleased with this result,” he said. “I do have a love-hate relationship with the 400m, but I always try to approach it with a positive mindset, not setting myself any limits. And the performances keep me going along, which keeps me passionate about what I do.”

“I improved my best performance today and that makes me very happy,” said Schippers, the 2015 world champion and silver medallist at the Rio Olympics last year.

“It’s always nice to win. My objective this summer is to get a medal in London,” she said.

Ethiopian Genzebe Dibaba, the 1,500m world champion, raced to a world lead of 4:16.05 in the women’s race over one mile.

“I felt good during the first part of the race. I had good legs up until 1200m. And then it blocked,” she said.

“It’s a pity as the conditions were good. I need to train some more to have some freshness at the end of the race.”

American Sam Kendricks again got one up on Frenchman Renaud Lavillenie in the men’s pole vault.

Kendricks, bronze medallist in Rio behind Lavillenie, cleared 5.93m, winning on countback from Poland’s Pawel Wojciechowski with the French vaulter in third (5.87).