Motor Racing is gaining momentum in India. Mumbai lad Nayan Chatterjee tells us more about the sport he has come to love. 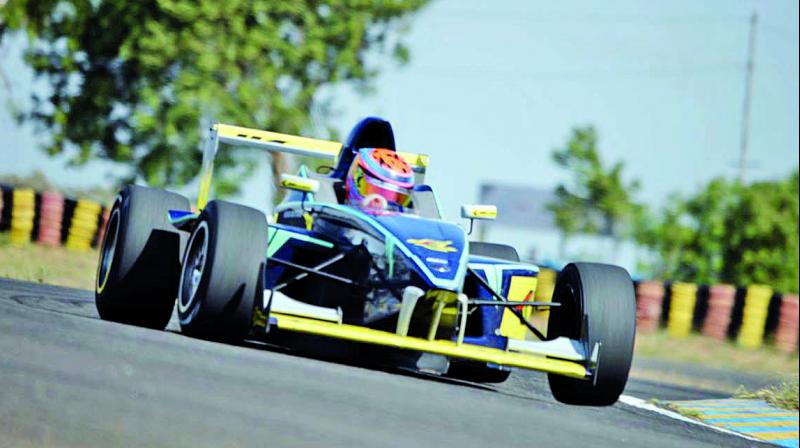 He is currently among the top Kart racers in India and has made his name in Asian competitions as well.

Sports can be demanding and at times can finish careers before they even flourish. Motor Racing is one of the most gruelling sports that is physically demanding and mentally tiring. But those who keep fighting on reap the rewards. Mumbai lad Nayan Chatterjee has realised the same at the young age of 20.

What started as a fun activity at a Go Kart track in Powai has translated into an undying passion. Chatterjee had broken his ribs, four years ago and has fought weight issues to get fitter to meet racing demands. He has had car failures and some bumpy rides, but that hasn’t stopped him from climbing the ladder.

Mothers always fear injuries, and Motorsport is full of risks, but Chatterjee’s case was different. He was destined to set the track on fire.

“At age 13, my mom used to take me to the Go-Kart track in Powai, and I enjoyed it. She pushed me into racing, and I got strong support from everyone. I joined a training programme in Powai and impressed the coach. That’s how my journey in the professional car racing began,” he said.

“I realised it is physically very demanding and we have to drive under high pressure at high speed. A minor distraction can ruin everything, so we have to stay physically and mentally active. I do hyper-training, remain on a diet, run five kilometres daily and do body weight training. I also play other sports like Basketball, Tennis, Badminton and do cycling when not motor racing,” he said.

Mumbai has no professional racing track, so Chatterjee had to train in Kolhapur and visit the Buddh International Circuit in New Delhi and Coimbatore for competitions. Now he trains mostly in Malaysia which has an excellent Formula One track in Sepang. And all this training keeps him mostly out of his home. 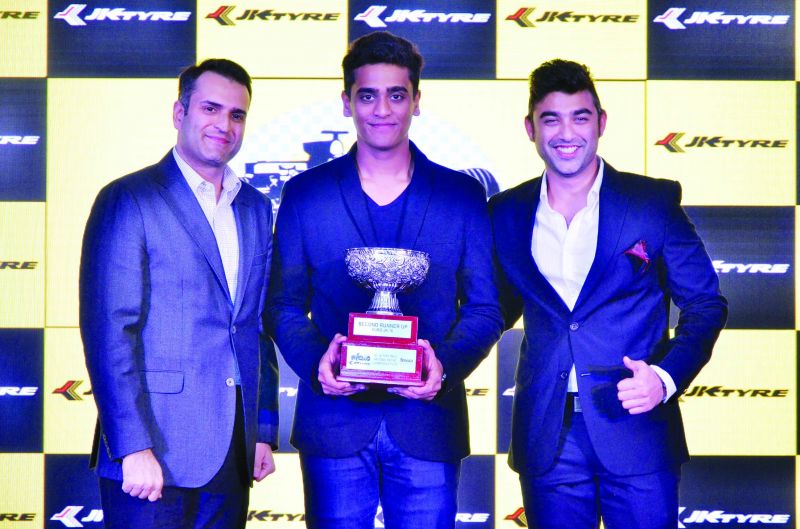 “I train primarily in Malaysia now as it has a better racing track. I also train in Hyderabad and Bengaluru. I also have joined a correspondence course as I want to focus more on racing,” he said.

He is currently among the top Kart racers in India and has made his name in Asian competitions as well. The rookie driver has already tried his hands in F4 and wants to graduate to the next level. He had a runners’ finish at KRS-KKS Asia Rotax Max Challenge in Malaysia last September.

The Borivali resident is currently in Coimbatore to start the season by participating in the 20th JK Tyre-FMSCI National Racing Championship at Kari Motor Speedway this weekend. Coached by Meco Racing’s experienced coach and former F3 champion Akbar Ebrahim and his famous son Armaan Ebrahim, Chatterjee is targeting a better season.

He missed being the national champion in the Euro JK series title last season even after dominating the first two rounds. Due to technical issues in his car in round 3 he dropped down the leaderboard but bounced back to top again and finished third overall.

The Euro JK 17 category this season will feature FB02 formula cars, with defending champion Anindith Reddy starting as the early favourite. He will have to contend with the international racers, Paolo Ippolito from Italy and Ricky Capo from Australia.

Defending LGB4 champion Vishnu Prasad (Chennai) will also be a force to reckon with in this race.