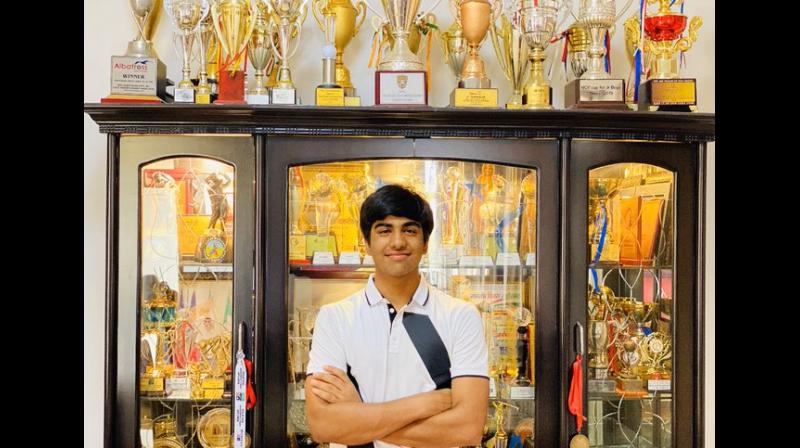 Arjun Bhati emptied his cupboard to contribute towards fight against coronavirus.

New Delhi: He is all of 15 years but golfer Arjun Bhati has done what most sportspersons do not even think of doing. He sold all the trophies he has won over the last eight years to raise Rs 4.30 lakh to fight the Covid19 pandemic. The trophy list includes three world junior golf championship cups and a national championship trophy.

If this is not a large-hearted contribution, then what is?

Arjun said he sold all his trophies to his relatives and friends of his parents to raise the fund.

"In last eight years, the 102 trophies that I won across the world, I have given them to 102 people in this hour of crisis. The total amount of Rs 4,30,000 that I received from that, I have donated that today to the-CARES Fund," he tweeted in hindi on Tuesday.

"After coming to know about my contribution, my grandmother first cried and then said, 'you are a real Arjun. At this point of time, it's important to save human lives. Trophies can be won in future'."

The youngster thus joined the Indian sports fraternity, which has made a significant contribution to contain the deadly disease, which has killed over 80,000 and infected nearly 1.5 million globally.

The Coronavirus infection, which originated in the Chinese city of Wuhan, has killed nearly 150 people and infected over 5100 in India.