His maiden WGC outing in Mexico was the stuff of dreams when he led the field on the second and third days before finishing tied ninth. 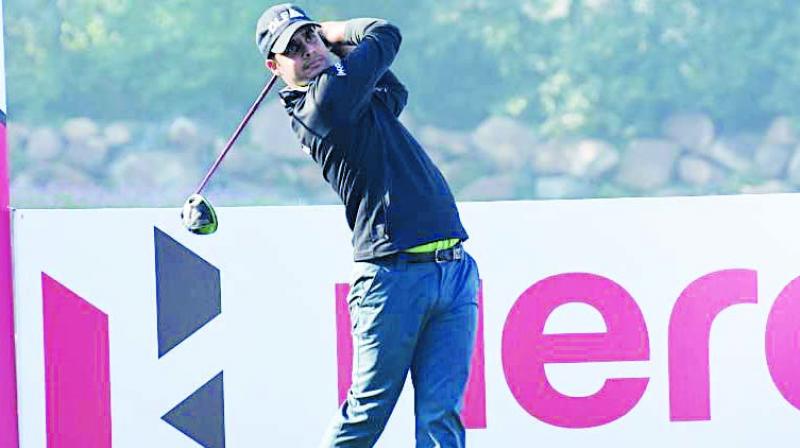 Form player Shubhankar Sharma will want to cash in on home advantage at the DLF course.

Gurgaon: With the DLF course wearing an even longer and meaner look than usual, the Hero 54th Indian Open that gets under way here on Thursday has probably never been so short of a clear-cut favourite.

Over the past three years, Shiv Shankar Prasad Chawrasia and Anirban Lahiri have worn the tag comfortably.

This time, it could all be very different.Quite naturally, Shubhankar Sharma is the flavour of the season. The 21-year-old carries his recent success with ease and with the Augusta Masters’ organisers extending him an invitation, interest in his prospects have soared. Yet, the way the course has been set up and is playing, it threatens to overshadow individual names and every one of the 143 professionals who tees off here will be tested to the full.

“I will pick my battles here very carefully,” said Lahiri, asked how aggressive a golfer could get with the course set-up. “This golf course, as we’ve seen with S.S.P., rewards percentage play, so you have to think hard and you have to be very precise with your strategy.” He could well have added another X factor — distance — as at least four tees, on the 10th, 15th, 16th and 17th holes, have been pushed back quite some way.

Still and all, Indian hopes certainly will have received a boost in the way Sharma has dazzled on the world stage.

His maiden WGC outing in Mexico was the stuff of dreams when he led the field on the second and third days before finishing tied ninth.

Playing cool and collected golf, Sharma led the likes of Dustin Johnson, Rory McIlroy, Sergio Garcia and eventual winner Phil Mickleson well into the fourth day before the wheels came off his challenge.

“I took a lot of positives in Mexico. I played in front of a massive crowd… I gave my 100 per cent, but in golf, sometimes things don’t work out for you,” Sharma, who calls the DLF his home course, said here on the day.

“I was quite tough on myself throughout the flight back to India, as I didn’t finish the tournament the way I want it, but as soon as I got the call (to play the Masters), all the pain got washed away.

Joining him on the list of favoured players — besides Lahiri and two-time defending champion Chawrasia — will be the likes of European Ryder Cup captains Darren Clarke and Thomas Bjorn, 2016 PGA Tour rookie of the year Emiliano Grillo of Argentina, and Japan’s dark house Hideto Tanihara, evergreen Thai Thongchai Jaidee and fast-improving Malaysian Gavin Green, among others. The home challenge too bears a solid look, manned as it is by back-in-form Shiv Kapur, Arjun Atwal, Gaganjeet Bhullar, Jeev Milkha Singh, Jyoti Randhawa, Ajeetesh Sandhu, S. Chikkarangappa and others.