The youth games will encourage the younger generation of athletes to pick sports as their career. 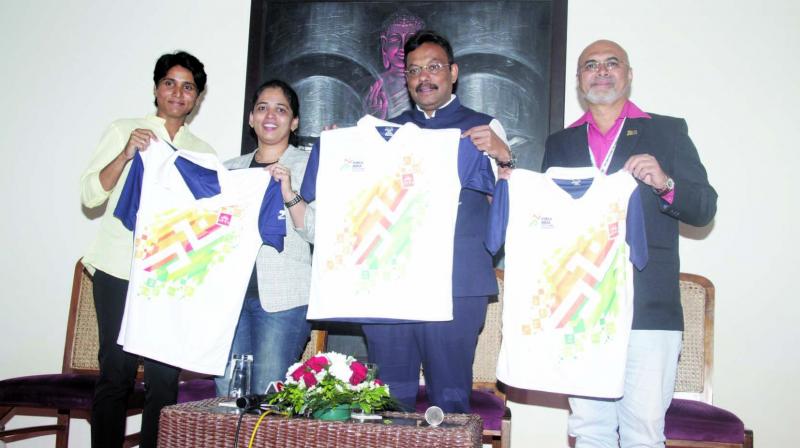 Maharashtra is hosting the second edition of Khelo India Youth Games from January 9 to 20.

Former ace sprinter Rachita feels the government initiative is shaping up well. The youth event to be held in the state, gets thumbs up from Tejaswini. Tawde assures world class facilities for athletes and officials.

Former ace sprinter Rachita Mistry believes Khelo India will give youngsters platform and recognition which even she didn’t get in her prime, despite doing well for India at the international level. The 44-year-old Orissa born Rachita, who settled in Mumbai after her marriage won many laurels at national and international level before her career was cut short  due to an accident in 2002. She held the national record in 100m for more than a decade after producing timing of 11.26s in 2000 breaking P.T. Usha’s 11.39s record held since 1985.

“Very few recognise me despite so many achievements. As a parent I haven’t encouraged my kids to be athletes and they have excelled in academic professions. Same is the case with every parent when there is no recognition, how they will put future of their child at stake,” she rued at the sidelines of the launch of Khelo India Youth Games here on Monday.

“But things seem to be changing now. Khelo India Youth Games will start a movement and give recognition to kids. They will have facilities which we didn’t have in our times. We at Sports Authority of India thought last year that these multi sporting games will be an one-off thing but they have proved us wrong, and the manner in which they are conducting this, it may shape up to become a bigger event. There might be qualification marks set for this event in future like in Olympics and Asian Games,” she added.

Maharashtra is hosting the second edition of Khelo India Youth Games from January 9 to 20. Total 12,000 sportspersons and officials will be active in the 18 sporting disciplines. All the events will be played in Pune barring boys which will be held in Mumbai. There are under-17 and under-21 age categories. The performers will be provided with financial and infrastructural assistance to achieve the sporting aspirations.

“Maharashtra has won the hosting rights for the second edition of Khelo India Youth Games. In the age of technology, where our youth is increasingly entangled in the clutches of cyber slavery, we aim to groom a strong sports culture in the country,” State minister for Sports and Youth Welfare, Goverment of Maharashtra, Vinod Tawde said on Monday.

Tawde informed that the event budget is Rs 40 crores and 80% of which is spent on infrastructure upgradation of the venues. The remaining part will be used in conducting events and hospitality for the athletes and officials. “We have upgraded infrastructure and made good arrangements for the players. There accommodation has been reserved in good hotels, meals will be certified by nutritional experts and there will be round the clock physiotherapist and medical assistance,” Tawde added while emphasising that the current state government has taken many measures to improve standard of sports like giving bonus marks to sportspersons in exams, reservation in jobs to national players and direct employment to international players from the state.

The opening ceremony will be held at Balewadi Sports Complex in Pune on Wednesday and would be graced by the presence of Union Minister of Sports and Youth Welfare Rajyavardha Rathore, Chief Minister Devendra Fadnavis and Tawde.

The games were given thumbs up by former international shooter Tejaswini Sawant. “We had to make hard choices at teen age and struggled a lot to excel in career. But now government has many initiatives for sportspersons and Khelo India will give platform to compete with themseleves,” the Kolhapur born shooter said.