Oltmans believes the current lot is a balanced one and have the potential to do well at the December 8 to 18 tournament. 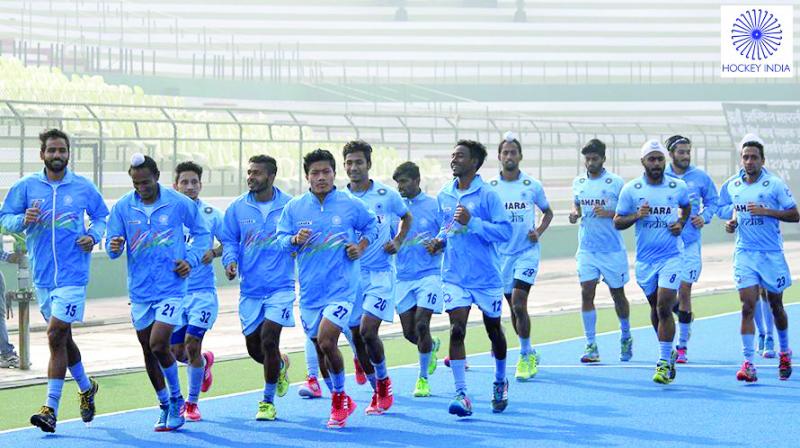 India will open their campaign against Canada in the Junior Hockey World Cup in Lucknow on Thursday.

New Delhi: Indian hockey is entering into a crucial period, with the think-tank set to make changes to the core group of players keeping an eye on the next four year cycle, that will include the 2018 World Cup at home and the 2020 Olympic Games in Tokyo.

The onus is clearly on the junior players — who will take part in the Junior World Cup beginning Thursday in Lucknow — to showcase their talent and thus stake a claim in the senior group, says chief coach Roelant Oltmans.

The Dutchman these days is working along with the Harendra Singh-coached junior team as they prepare for the mega event at home. Said Oltmans on Tuesday, “The quality of players is paramount and through the Junior World Cup, we can test a lot of players. A new core group will be put in place after the Hockey India League next year and anyone and everyone has a chance to get through.

“Having said that, I have told the junior players to keep their focus entirely on the World Cup since it is a crucial tournament. They cannot burden themselves thinking about the senior group now.” India last won the Junior World Cup in 2001 at Hobart, Australia, and even though the junior team have put up strong shows in the past few years, a podium finish at the big stage has eluded them.

Oltmans believes the current lot is a balanced one and have the potential to do well at the December 8 to 18 tournament. “We will look to play attacking hockey and stay together as a team. I think that is our strength since we have a balanced side. “The players are experienced having played in the HIL regularly. There are key players in every area and the results have been consistent in the last two years,” the 62-year-old said. “We will have to aim for consistency.”