Tickets to the matches, as part of the league, are now live and available on PayTM and Insider.in. 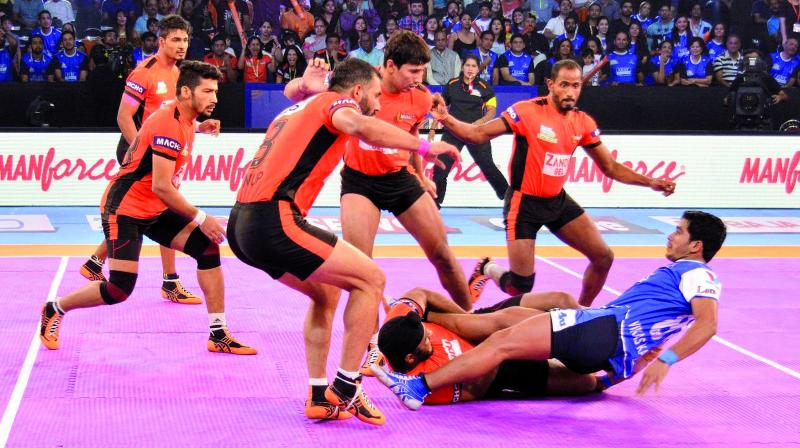 Dome@NSCI, India’s premier entertainment and leisure destination, will host the Mumbai matches for the sixth season of the Pro Kabaddi league between November 9 and 15. For the past four years, the league in Mumbai has become synonymous with the iconic destination and has drawn visitors from across the city. Pro Kabaddi league has managed to become one of the most awaited sport event in the cricket loving nation. An initiative by Mashal Sports and Star India, it is the only league to bring the franchise-based format to India’s indigenous sport of Kabaddi. Dome@NSCI, Mumbai is the home ground for being the home ground for U Mumba and has hosted their matches since 2016 to make it the fourth consecutive year. Tickets to the matches, as part of the league, are now live and available on PayTM and Insider.in.

Dome@NSCI has hosted some of the most renowned events across industries, including sports. It has in its repertoire well known sporting events like Pro Kabaddi League, IOS Boxing (with Vijendar Singh), Brave India - MMA etc.