The opening batswoman's father says they set yearly goals but she is always running ahead. 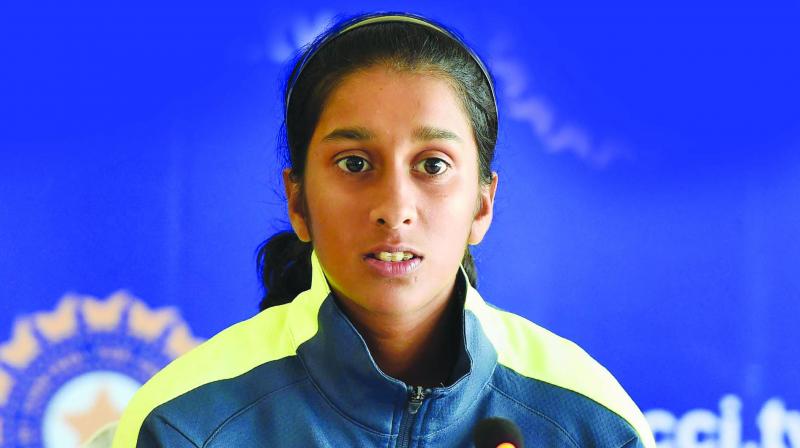 On her birthday’s, her father sets goals. There have been times when Jemimah Rodrigues surprised him by pulling off those objectives before anyone anticipated. She has always been a promising talent—initially in her father, Ivan’s eyes and now the country’s eyes. But it is generally the daughter who turned 18 on Wednesday bringing the gifts.

As a 12-year-old, Jemimah was working on getting selected in Mumbai’s Under-13 squad. At least, that was the target that year. It was the first time that Ivan who is also her coach experienced the unexpected. “I was in the bazaar and a person from MCA called me to say that she is selected for the Under-19 squad,” recalls Ivan. “Every year, we set goals like getting in the Under-13 squad or the Under-16 squad.”

At that same time, she was also teaching the boys how it’s done since MIG Cricket Club passed a special request to let Jemimah be a part of their squad with the opposite sex. “After that, we expected her name in every squad,” says Ivan.

Waiting for that one shot
Jemimah stole the limelight from Harmanpreet Kaur and Mithali Raj with her infamous knock of 202 runs in 163 balls in a domestic one-day cricket tournament in November last year. “It was something that she could do easily but there was one six that she had hit which made her happier than her whole innings,” recalls her father.

She does not have the sturdiest physiques so power strokes are not her thing. Jemimah is more about timing and charisma. There was one moment in the game where she fired the ball over the long-off region, which amused the father-daughter duo because they had been trying to get it right for quite a long time.

“She can easily hit sixes on the leg-side since there is not much power involved. It was probably the first time when she smashed a six over long-off that day.”

National team deliberation
Certainly, the women’s team selectors had quite some time to assess her talent since there was no action for the team since World Cup. A couple of players were in the big bash but that was about it. Jemimah was fast-tracked and her chance was lying in the Challenger’s Trophy earlier this year.

The batswoman finished as the third highest run-getter. The selectors were convinced and the family was rejoicing. “We wondered if she would get a place because the team had not played after the World Cup,” says Ivan.

First choice opener Punam Raut was the leading run-scorer of that tournament but she was left out of the squad for the tour of South Africa that was right after the Challenger’s.

Jemimah was in and out of the team in the series but she became a permanent member of the squad eventually.

World Cup dream
Now the yearly goal after turning 18 is to steer the team to victory at the World Cup that will take place in England next year. “It was always my dream and I could not fulfill it but I can see it in my child,” says Ivan.