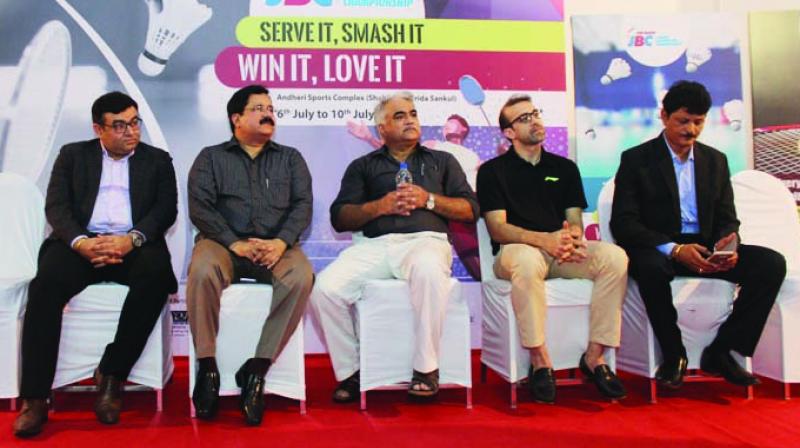 Former international badminton player Uday Pawar lamented the lack of facilities in Mumbai which is hampering the growth of quality players. Pawar, who coaches at the Uday Pawar Badminton Academy at Goregoan Sports Complex (GSC), urged the government to come forward and establish indoor complexes for common people, as many cannot afford to play at private clubs.

“The biggest problem in Mumbai is the infrastructure. It is the same as it was 40 years ago. Considering the population of the city,the  common man doesn’t have sufficient place to play. Barring the Andheri Sports Complex, there isn’t any place for people from middle class and lower middle class to play. They can’t afford membership charges of private clubs. Also many clubs only allow members for coaching. At GSC, we allow outsiders. NSCI has good courts but it isn't affordable for all,” he said.

Pawar was the chief guest at the opening ceremony of the Mumbai leg of the fourth PNB MetLife Junior Badminton Championship (JBC) at Andheri Sports Complex on Friday. Son and former internationa player Anand also accompanied him on the dais. 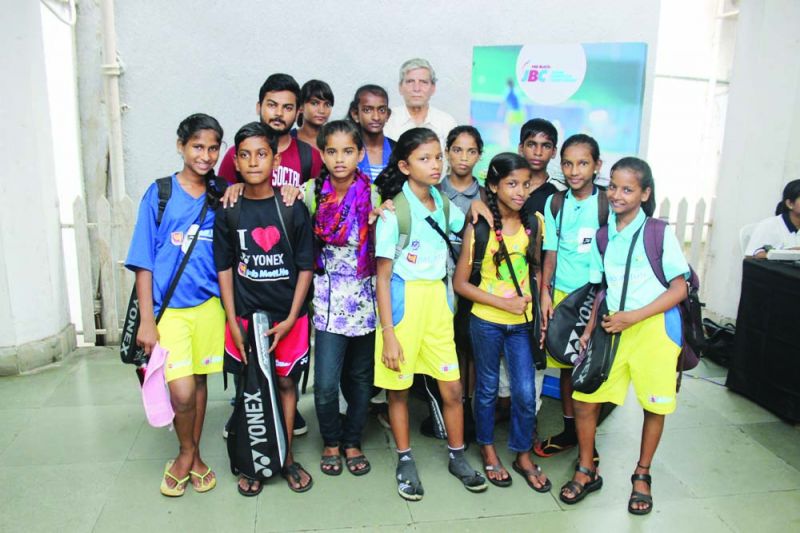 Former senior badminton player and currently a coach, Anil Pradhan, with underprivileged kids who got an opportunity through PNB MetLife Junior Badminton Championship to showcase their mettle in the sport.

Pawar gave the example of smaller cities like Nagpur, which have started producing quality players. “Four decades ago, Maharashtra was the nursery of Indian badminton. A city like Hyderabad has developed five new halls and every hall has ten badminton courts. Even in a small cities like Nagpur, Pune, infrastructure has improved and the results are showing. In Mumbai nothing new has come up. The government has to take the initiative as they own the land, which is very expensive for public. There is a dearth of indoor sports complexes for the common public which make indoor sports like badminton suffer,” he said.

However, he saw hope with the emergence of players like Chirag Shetty and Simran Singhi in the doubles. Both started from GSC though Simran now trains now at Thane Academy also. “They are doing well. Chirag  did well at the Commonwealth Games but Asian Games are tougher. We need more players to generate competition. That’s why we have fewer quality singles  players. We have players who have done well at national level like Harsheel Dani, who won junior nationals couple of years but they need more exposure,” he said.

Pawar also advocated that there should be minimum eight centres in India and not just Hyderabad, where national camps should be held. “India is currently among the top ten in World Badminton, it has the most players. But it is a vast country and there should be at least eight national centers where players should be developed from the start.

People from north or west struggle in the south as food and language is different. If we have eight centers, players from nearby can be groomed there without much difficulty,” he said. But he was all praise for the initiative by PNB Met Life in association with Badminton Association of India, for conducting junior badminton tournament in ten cities. “These tournaments will give a chance to junior players to play and showcase their talent. If they are good enough, they can be picked by academies,” he said. The JBC tournament has already been held in Chandigarh, Bengaluru, Kochi, Lucknow and Pune. They started in Mumbai from Friday and  Kolkata, Hyderabad, Guwahati and New Delhi will hold the remaining legs. There are four categories Under-9, Under-11, Under-13 and Under-15 for boys and girls. The top two kids from each category from every city tournament will proceed to the National Finals in New Delhi.