Sahil made the trip to Pune after becoming one of four National Final qualifiers from the Noida leg. 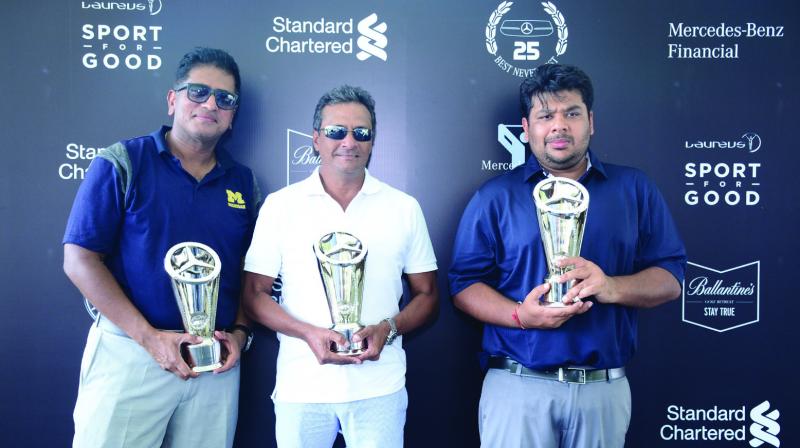 Indian golfers Sahil Jain, Murad Talib and Satish Cheeti booked their spots in the World Finals of the MercedesTrophy, scheduled to be held in Stuttgart, Germany in October this year.

Playing at the National Finals at Pune’s Oxford Golf Resort, Sahil in handicap CAT A (3-10) won with a score of 39 points in his category.

Murad carded a score of 37 points in CAT B (11-17) to book the second Stuttgart spot while Satish playing in CAT C (18-24) scored 36 points to complete the troika of India qualifiers.

Sahil made the trip to Pune after becoming one of four National Final qualifiers from the Noida leg of the tournament. Murad qualified from Mumbai, while Satish made it from Hyderabad.

A total of 41 qualifiers and two wild card entry from across 11 cities participated in the National Finals of the largest amateur golf tournament in the India.

Hemant Goenka from Kolkata won the Straightest Drive Grand Lucky and will  travel to the British Open Championship. He will get a chance to play the Royal Birkdale Championship course, a day after it hosts the Major event in July.

The format of play for the National Finals was Modified Stableford against 3/4th handicap.

The India tournament that began and concluded in Pune this year travelled through Bangalore, Mumbai, Ahmedabad, Kolkata, Hyderabad, Delhi, Gurgaon, Chandigarh, Jaipur, and Lucknow respectively. The Indian leg witnessed 27 days of across the 11 cities.