Satish had the last laugh quite comfortably in clean and jerk after Oliver failed two attempts of 171kg and settled for a total of 312kg. 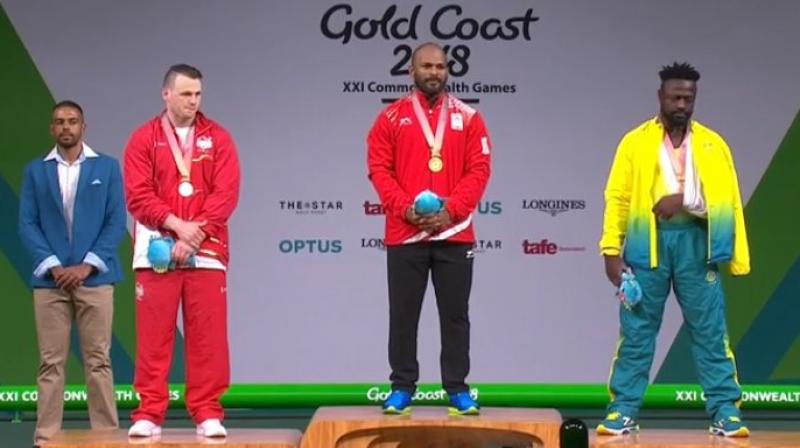 The Indian lifted a total of 317kg (114kg+173kg) and was so ahead of the competition that he did not go for his final clean and jerk lift.

However, it was a fascinating contest of one-upmanship between Sathish and eventual silver-medallist Jack Oliver of England in the snatch competition.

The two kept upping the weights before their attempts but Oliver managed to keep his nose ahead at the end of snatch as he lifted 145kg in his second attempt. It was a kilogram more than Satish's final attempt.

However, Satish had the last laugh quite comfortably in clean and jerk after Oliver failed two attempts of 171kg and settled for a total of 312kg (145kg+167kg).

At the 2014 Commonwealth Games, Sathish won the gold medal with 149kg snatch and 179 kg clean and jerk lifts, totalling 328kg. His lift of 149kg in snatch continues to be the Games record.

He is also the reigning Commonwealth Championships gold-medallist.