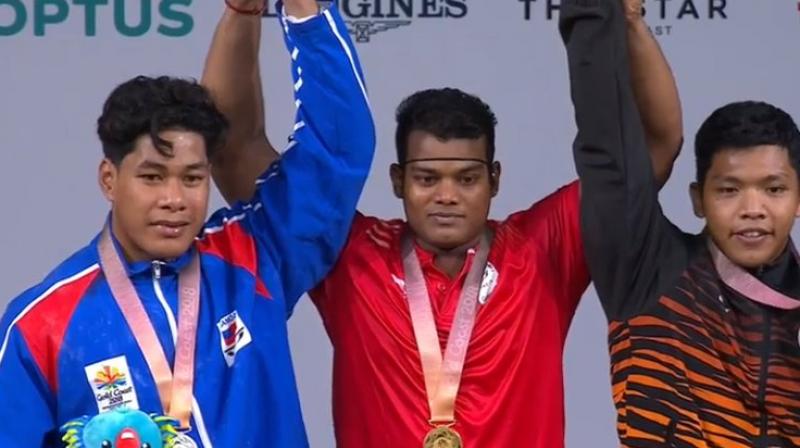 The Indian lifted a total weight of 338kg to finish at top of the podium. During the  snatch event , he lifted 151kg and then, he managed to lift 187kg in the clean and jerk.

Earlier in the day Satish Sivalingam (77kg) claimed India's third gold medal. India now has four gold, all of which have come in the sport of weightlifting. Overall India has so far won six medals in the competition, which includes four gold, one silver and one bronze so far.