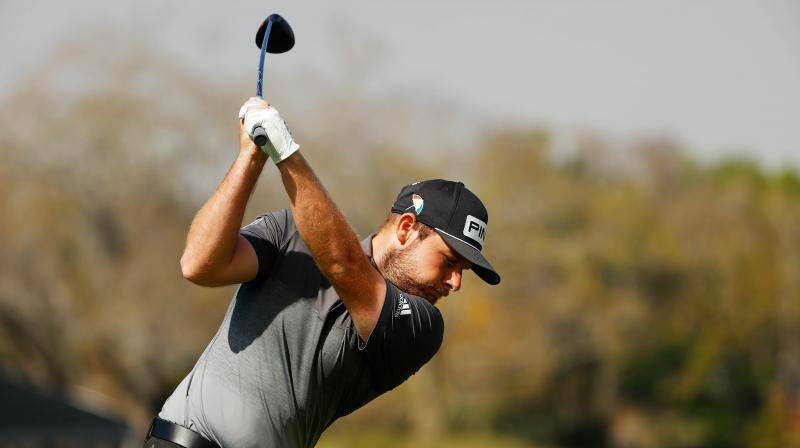 Tyrrell Hatton of England plays his shot from the second tee during the second round of the Arnold Palmer Invitational at the Bay Hill Club and Lodge in Orlando, Florida, on Friday. AFP Photo

England's Hatton, playing just his second tournament since right wrist surgery in November, notched his sixth straight round in the 60s and was tied with Kang on seven-under par 137.

Kang, who relished the chilly winds whipping across the Bay Hill course in Orlando, Florida, fired a four-under par 68. The leading duo were one stroke in front of New Zealand's Danny Lee, whose four-under 67 was the round of the day.

World number one Rory McIlroy settled for a one-over 73 and headed a trio of players on 139 along with South Korean Im Sung-jae (69) and Harris English (70).

McIlroy, who was one off the first-round lead of Matt Every, was atop the leaderboard by the time he teed off thanks to the erratic American's second-round 83.

Overnight leader Every certainly couldn't say the same, and he was joined on the wrong side of the cutline by several familiar names including Justin Rose, Phil Mickelson, Adam Scott and Tommy Fleetwood.

England's Fleetwood saw his streak of 33 straight cuts made, the longest active streak on the US PGA Tour, come to an end.