With Tiger, one can never rule out anything: Leadbetter

Leadbetter, who has pioneered the A Swing, a radical approach to the biggest single problem every golfer faces. 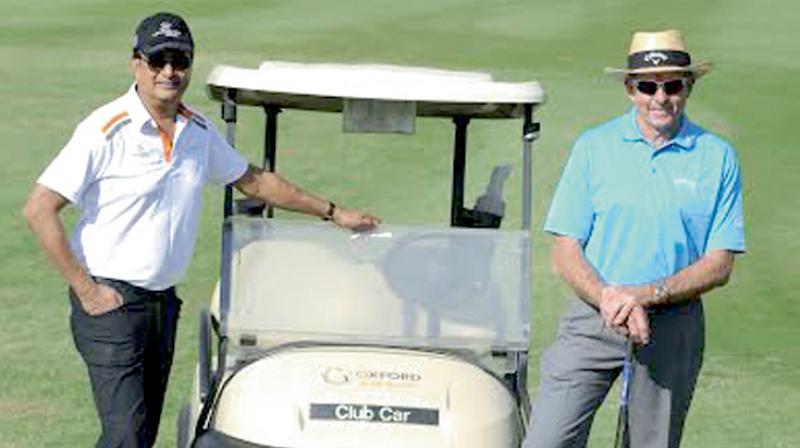 Golfing legend David Leadbetter (right) and Anil Soelaker, chief promoter of the Oxford Golf Resort near Pune, at the launch of the former’s academy.

Tiger Woods has probably the strongest ever mind the game of golf has ever seen, said legendary teaching professional David Leadbetter of the 14-time major winner. Speaking at the launch of his first academy in India, at the Oxford Golf Resort near Pune, Leadbetter added, “My conviction is that he (Woods) may not get to Jack Nicklaus’ record of 18 major titles, but with him you can never rule anything out.”

The loquacious Englishman, who is regarded as the guru of golf teaching and techniques, felt that the fact that Woods had played for four straight days in a competitive field at the Hero World Challenge in Albany, in the Bahamas last month, was encouraging. “He came through 72 holes without showing signs of the injury that kept him off the course for such a long time. He was healthy, hit something like 24 birdies over those four days. These are good signs.

“There is no doubt that golf needs Tiger Woods back. He has put his body through so much that at 41, his physique is a lot older. He has done things most people cannot, trained sometimes, in my opinion, too hard. But he has a strong mind, probably the strongest ever in the game and for someone to get past the sort of back and knee injuries that Tiger has managed, tells its own story.

“He will not be the sort of force he once was — he’s slower now, does not putt as well as he used to and not as long a hitter as he once was but his return shows how resilient he is. His problem will be that he is not the intimidating force he once was. There are others out there now — Rory McIlroy, Justin Johnson and others who will not be overawed by Tiger’s presence on the golf course.”

Leadbetter, who has pioneered the A Swing, a radical approach to the biggest single problem every golfer — professional or amateur — faces, said all he had done was change some perceptions. “Golf is a game that changes slowly. One of the things that has been taught is to play on a plane, the backswing and the actual attack on the ball. All I have done is to try and change that, get golfers to have a steep backswing and a shallower angle of attack.

“Instead of hitting down on the ball, what I have been trying to impart is to simplify the swing so that contact with the ball is better. It should be easy as the ball is not moving. But in reality, it is not. The problem is that there has been so much of instruction in the game over the years that it has become complicated.

“If you stack up every book, manual, magazine and what have you on how to play the game, the pile will probably be higher than the tallest building in Dubai. And golfers face the problem of over-analysis leading to paralysis when they address the ball. It does not need to be that way.”