I owe it to Kothari, Roe: Sohail Vahedi

Vahedi’s journey came to fruition as he was crowned the IBSF world snooker champion last month. 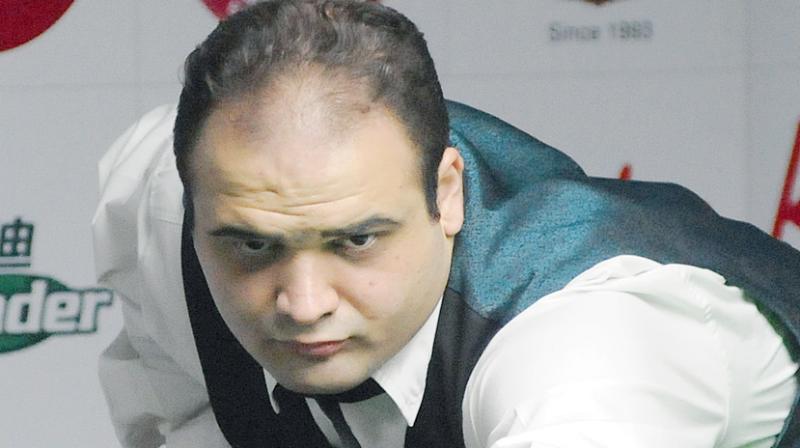 Bengaluru: After starting off with the beautiful game of football, the green baize caught the fancy of Sohail Vahedi and the former’s loss has been the latter’s gain. Last month Vahedi’s journey came to fruition as he was crowned the IBSF world snooker champion last month, defeating Welshman Andrew Pagett in the title tilt.

Vahedi has now turned his attention to billiards as he looks to build on the snooker success at the World Billiards Championship at the KSBA.

The 28-year-old Vahedi who gave up playing soccer due to family problems, found a new passion 14 years ago and has since made it his life’s passion, without any regrets.

Having won the major title last month, the Iranian is here merely for the experience and opens up about his early days and cue sports in his country. Excerpts:

On early days: I was a soccer player before, a goalkeeper mostly. I was beginning to progress well but I had family problems and couldn’t continue playing soccer. When I entered the snooker club and as soon as I saw the table, I couldn’t leave it. So I was watching for hours and hours to learn the game. I had no coach at first. My father used to be a very good player before. So I told my father there’s a snooker club in the vicinity and he came with me and I started playing.

I initially learnt the game from him and I’ve had different coaches. Finally (Manoj) Kothari and David Roe made me what I am today.

On winning the World Snooker title and getting his pro ticket: It feels lovely but I know how hard it is going to be. As soon as I get back home, I’m going to start eight hours of day practice. I will have to travel to Karaj — one hour from Tehran — because my team-mate Amir Sarkhosh with whom I won the World Snooker Team Championship lives there.

On this tournament: I have just started learning billiards and I have no chance here. I came here to learn from the best players like Pankaj (Advani), Peter (Gilchrist), all of them are good. In another 3-4 years of practising I will get my chance, maybe getting through to the last-eight stage or something.