Sharan and Bopanna recently produced a scintillating show to win the men’s doubles gold at the Jakarta Asiad. 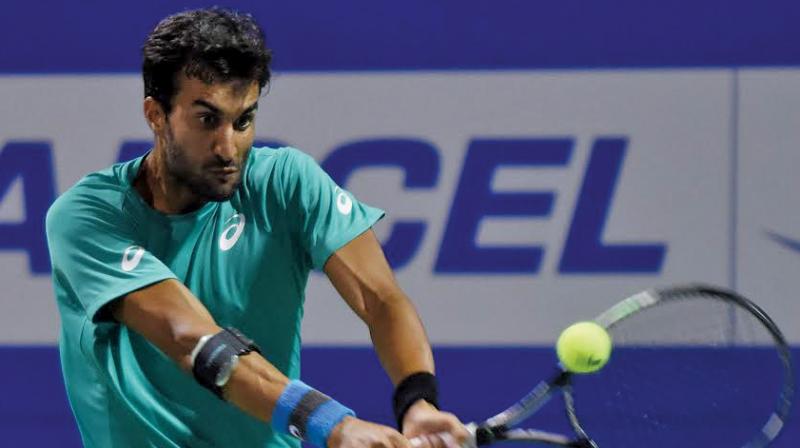 Coimbatore’s N. Sriram Balaji will now partner Rohan Bopanna in place of Divij while Saketh Myneni, who was a reserve player in the six-man team, will now be a playing member, replacing Bhambri. Sharan and Bopanna recently produced a scintillating show to win the men’s doubles gold at the Jakarta Asiad.

“Quite a setback for us with two top players being injured and Divij has informed me today only. It is a very tough situation for us,” selection committee chairman S. P. Mishra told this paper.

The All India Tennis Association managing committee and the selection committee has convened a meeting on Wednesday to finalise the names to fill vacant spots.

Pune’s Arjun Kadhe has been named reserve player for the September 14 to 16 tie on the indoor clay court in Kraljevo.

Yuki’s knee injury flared up whereas Divij sustained a shoulder tear during his US Open match and was advised three weeks rest. Yuki lost in the first round to Frenchman Pierre-Hugues Herbert while Divij and partner Artem Sitak of New Zealand bowed out in the Round of 32.

“Divij and Yuki aggravated their injuries during the US Open. We wanted Nagal to replace Divij but he opted to play a Challenger event in Poland. Nagal had a golden opportunity to represent the country but he preferred to play the ATP event,” Mishra said.

Balaji had a successful stint with Bopanna as he played his debut Davis Cup in March 2017 against Uzbekistan and helped India win 4-1 to enter the World Group Play-off. Balaji lost in the US Open pre-quarters with partner Vishnu Vardhan on Tuesday. “We were in dire need of an experienced doubles player to partner Rohan, and Balaji is a good option so we picked him. He is in good form and can match Bopanna well,” the former Davis Cup non-playing captain said.

World number 33 Filip Krajinovic will lead the home team’s challenge in the tie. The last time India played Serbia was in Bengaluru in 2014 at the World Group Play-off stage, losing 2-3.

“We were already going there as underdogs, now our chances are even more tougher. Playing indoor on slow courts in an away tie is always very tricky,” Mishra felt.