The Rock announces his official retirement from WWE

The former WWE champion has said that he 'quietly retired' from the in-ring. 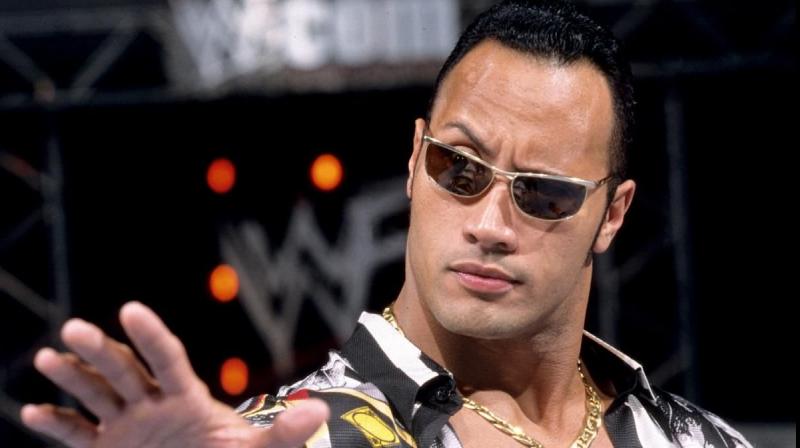 However, the WWE Hall of Famer didn’t rule out a surprise appearance in the near future. (Photo: Twitter)

In a chat show ‘Live with Kelly and Ryan in the States’, the Baywatch star has admitted, “I miss wrestling. I love wrestling.”

The Rock stated, “I quietly retired from wrestling because I was lucky enough to have a wonderful career and accomplish what I wanted to accomplish. “But there’s nothing like a live crowd, live audience, live microphone.”

His last big outing at the WWE was his famous showdown with John Cena at WrestleMania 29 and his last official match was against Erik Rowan, who he defeated in just six seconds.

Last week itself he was named as the highest-paid actor in 2019 by Forbes. The 47-year-old actor raked in a whopping USD 124 million this year.

His fortunes with the WWE started showing in just a few months after his debut when he won the Intercontinental Championship. This was natural to him as wrestling was in his blood. He is the son of WWE Hall of Famer Rocky Johnson.

Since then there was just no looking back as he went to dominate the ‘Attitude Era’. With rivals like ‘Stone Cold’ Steve Austin, ‘Mankind’ and ‘Triple H’ he soon became a pop-culture reference as his influence spread throughout the world.

Spouting out one-liners like ‘Know your role and shut your mouth’ or ‘It doesn’t matter’ or ‘Shine it up real nice’ with one eyebrow cocked; referring to himself as ‘The People’s Champion’ and ‘The Brahma Bull’, he truly ‘Rock’ ed the stage.

Looking back at his debut in 1997 at Madison Square Garden in the Survivor Series, Johnson, who was known as Rocky Malvia back then, said,” I had my very first match ever in the WWE in Madison Square Garden. It was a big pay-per-view and, it’s funny because I credit my journey in pro wrestling to getting me to where I am today — especially that particular night.”

“Generally, your first match, you have it in a small town, small crowd, non-televised. This is Madison Square Garden, sold out, one of the biggest pay-per-views of the year, Survivor Series. I was in one of the main events. No one knew who I was.

There is the saying, ‘If you can make it New York, you can make it anywhere’ because it’s the toughest crowd and they really test you, especially in the world of wrestling.