A total of eight players made the cut for final registration from the trials camp attended by 40 players from various tournaments. 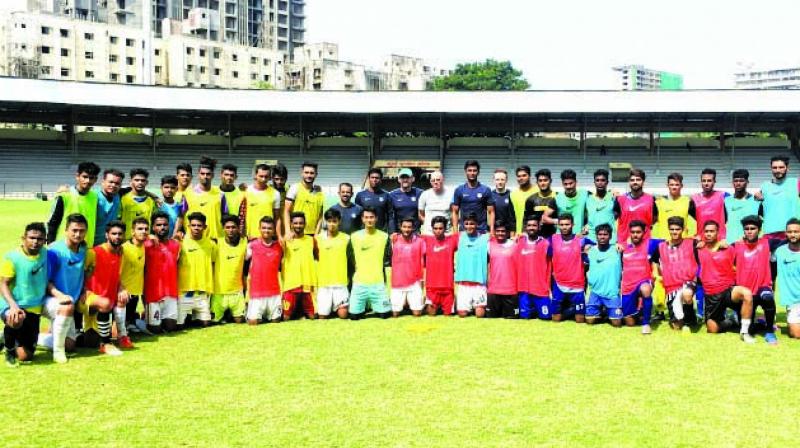 AIFF is implementing a reliable scouting network in place to ensure a better development for Indian Football.

National coach Stephen Constantine has selected Umesh Perambra for the forthcoming AFC U-22 Qualifiers scheduled in July 2017. City-based Umesh, a student of Thakur College, was one of the six players from Reliance Foundation Youth Sports (RFYS) invited to the U-22 trials camp at Mumbai Football Arena in Andheri Sports Complex.

A total of eight players made the cut for final registration from the trials camp attended by 40 players from various tournaments ranging from inter-university championships, inter-college tournaments, the Santosh Trophy, the second division League, RFYS as well as the overseas scouting programme.

Abhishek Yadav, director of AIFF Scouting, spotted the boys and summoned them for trials in Mumbai under coach Constantine and his assistant, coach Shanmugam Venkatesh. Mumbai-based Yadav, the former India and Mahindra United striker, has been scouting talent for AIFF across the country. AIFF is implementing a reliable scouting network in place to ensure a better development for Indian Football.

In their college’s run to the National Championship in the inaugural year of RFYS, Umesh’s solid defensive skills not only helped his team maintain clean sheets and score two goals but also grabbed the attention of the AIFF scouting team.

Speaking of being selected for the AFC Championship Qualifiers, Umesh said, “I am incredibly overwhelmed at the moment. It’s every player’s dream to don the national colours in their career. I’m very grateful to AIFF and RFYS for providing a platform to realise my dream. It’s been a wonderful experience at the trials camp playing under the watchful eyes of our National Head Coach Stephen Constantine. I believe it will help me become a better professional player.”

“India is a vast country, and I believe there is plenty of talent waiting to be discovered. Hence, our AIFF scouting team monitors all untapped tournaments and leagues to select good players,” Constantine emphasises.

“We told the boys what we expected from a National Team, and they returned as improved players,” he concludes.