Another surprise in the tournament is the substantial turnout of women players in the intellectual game. 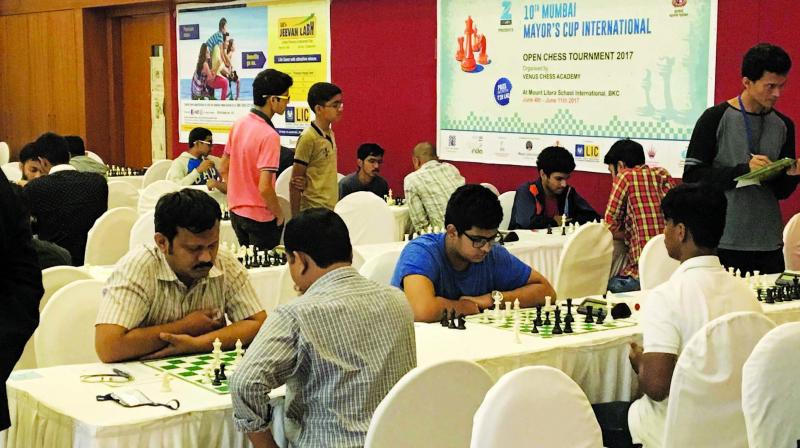 Top chess players from 14 countries match their wits against each other in the Rs 29 lakh prize money 10th edition of the Mumbai Mayor’s Cup International Open Chess Tournament 2017, which is being held at Mount Litera School International, Bandra Kurla Complex from June 4 to 11.

Spirited Youth
Into its 10th edition, the organisers have seen a whopping response from children. There are 72 players under the age of 15 in the primary category with the youngest one being just seven years old. “We have seen massive participation from the young ones over the past 2-3 years. They are equally competitive and are giving a tough competition to the experienced players,” said Vitthal Madhav, secretary of Mumbai Suburban Chess Association and also one of the organisers.

The Fairer Sex
Another surprise in the tournament is the substantial turnout of women players in the intellectual game. The fairer sex has had single digit participation in the previous editions of the tournament but this year there are 30 women competing in the primary division with two women grandmasters (WGMs). “Chess is one of the few games where men and women compete against each other. I am determined to beat any opponent I face whether male or female. But I am happy that the number of female players has risen in this year’s tournament,” said Bhakti Pradeep Kulkarni who had won Asian Women Championship in 2016. She holds 207th position in World’s Women Chess Rankings. “Mayor’s Cup is a good opportunity for us to prepare for the World Championships as we face tough competition from the European players over there,” she added.

With the tournament having known names like GM Amonatov Farrukh, Diptayan Gosh and Karthikeyan P., the tournament will be a test for big guns going up against players half their age.