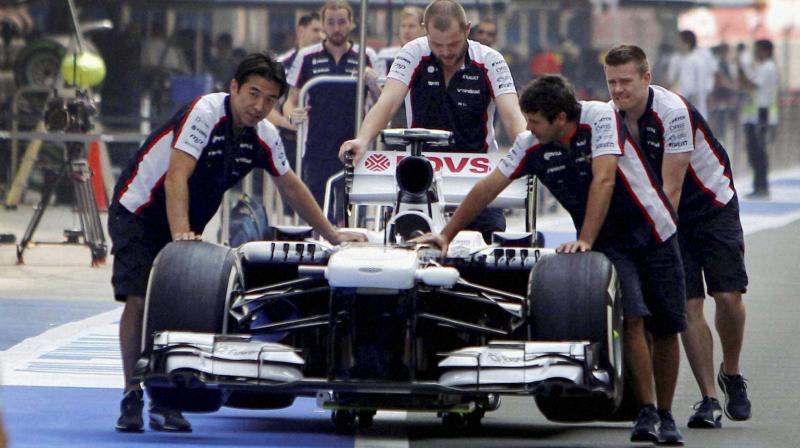 London: Williams became the second Formula One team to furlough some staff due to the coronavirus pandemic as drivers George Russell and Nicholas Latifi agreed to cut their wages by 20 percent on Monday.

Formula One's 2020 season has been delayed because of the pandemic and British-based Williams announced their cost-cutting moves a week after McLaren opted to take the same financial measures.

Canadian Latifi and Briton Russell, along with senior Williams executives, have taken a 20 percent pay cut from April 1, with the other staff put on an enforced leave until the end of May.

"Due to the ongoing situation involving Covid-19, ROKiT Williams Racing is temporarily furloughing a number of employees as part of a wider range of cost-cutting measures," a Williams statement said.

"The furlough period will last until the end of May whilst senior management, and our drivers, have taken a pay cut of 20% effective from 1st April.

"These decisions have not been taken lightly, however our aim is to protect the jobs of our staff at Grove and ensuring they can return to full-time work when the situation allows."

Last month, the British government said they would pay 80 percent of salaries for staff who are put on furlough by their employer, covering wages up to 2,500 pounds (2,846 euros) per month in a bid to help companies retain their workforce and prevent redundancies during the health crisis.

But the furlough of non-playing staff by wealthy Premier League football clubs has caused huge controversy.

Liverpool and Tottenham are among the top-flight teams to have been criticised for using the government's money to pay staff when they have owners worth millions and players on huge contracts.

F1 team bosses and the sport's management were set to meet on Monday to discuss ways to protect the sport as it suffers a loss of income.

Teams are reportedly discussing a reduction of the budget cap, which was already due to come in force in 2021 at $175 million (162 million euros).