While disappointed, Sharma looked at the positives as he proved he belonged amongst the world’s elite in Mexico. 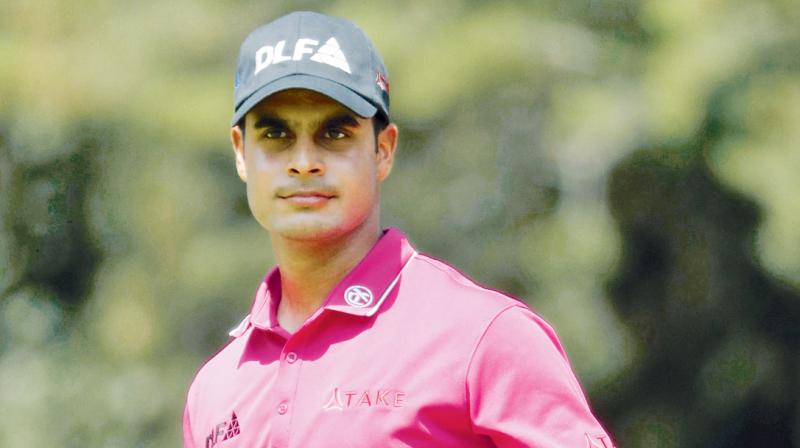 After surprising the star-studded field when he led by two shots after days two and three at the Club de Golf Chapultepec, the 21-year-old, who was the youngest competitor in the field, signed off with a three-over 74, finishing six shots behind winner Phil Mickelson.

It was not to be a dream finish for the highly impressive Indian, who stayed in title contention on the back nine of an enthralling Sunday afternoon before his hopes unraveled with four bogeys over his closing six holes.

While disappointed, Sharma looked at the positives as he proved he belonged amongst the world’s elite in Mexico.

“A little bit disappointed, I was leading and I think I couldn’t finish it off today. But that’s what the game is about. And what I learned, especially playing with Phil, I’ll cherish it forever,” said Sharma.

Said veteran star Mickelson, “I saw how well he struck the golf ball. He hit a beautiful tee shot on 1, you can tell he can really play. I saw some of the putts, some of the highlights with the putter.

“I know he’s a very talented player and I believe he’s leading the Order of Merit on the European Tour, so I know what a great player Mr Sharma is. I probably shouldn’t say that, he’s 26 years younger than me!,” said Mickelson.

Sharma’s solid showing in Mexico pushed him up on the latest official world golf ranking as he jumped from 75th to 66th place. He was ranked 521st just last November.

The youngster also has a good chance of qualifying for the next WGC event later this month, the WGC-Dell Technologies Match Play in Austin, which is exclusive to the top-64 golfers.