Football or cricket? Leg cricket tries to find its feet in India

A bunch of youngsters, divided into two teams of 11 each, took their places on a cricket-sized field and indulged in a unique game. 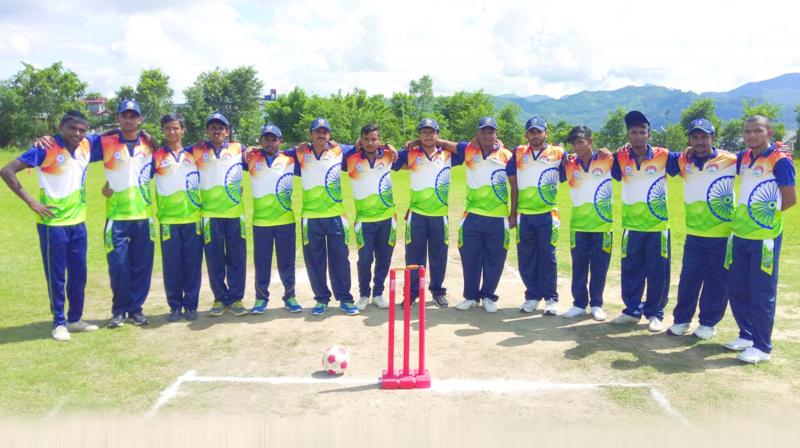 Currently, the sport is played only in four countries — India, Nepal, Bhutan and Sri Lanka.

Last year, a sporting event in Mathura, Uttar Pradesh, left the spectators — who could be counted on fingers — puzzled.

A bunch of youngsters, divided into two teams of 11 each, took their places on a cricket-sized field and indulged in a unique game. The field setting was the same as that of a cricket match, as were many rules. But when the bowler delivered the football-size ball with an underarm action, those watching were left amazed. The player at the crease used his foot to send it across the boundary. Was it football, or were they watching some new form of cricket?

Welcome to the world of leg cricket, which is nascent and almost unknown in the country. But make no mistake. India have a team led by the 19-year-old Chandan Ray; the national body — Leg Cricket Federation, India, was formed in 2011 — is registered with the International Leg Cricket Council and currently this form of cricket is played in four nations.

Says Ray, who belongs to the Bargarh district of Odisha, “It is different (from cricket) and we often have people asking us questions about the format of leg cricket. For a spectator, it is something unique and makes for an interesting viewing.

“Right now, the sport is still new and we are finding ways to take it to the masses.”

Let us get down to the rules, first.

Although similar to cricket in many ways, leg cricket has its own set of rules and format. On winning a toss, a captain can chose legging (akin to batting) or fielding. There are ones and twos, and even boundaries but no use of the bat. Instead, the players use a football-style shot to kick the ball.

Explains Ray, who took up the sport four years ago, “Leg cricket is played on a circular ground with a radius between 80 and 120 feet. The pitch is eight feet wide and 42-48 feet long, depending on the age group or category of the players.

“Each team has 11 players. A team can chose between legging or fielding. The bowler rolls down the football-sized ball using an under-arm action and the legsman hits the ball to score single, double, triple by running between the wickets. Also just like in cricket, there are fours and sixes.

“A legsman is declared out if he touches the ball twice or kicks it with the wrong leg, caught, run out or hit wicket. A player has to tell the umpire in advance as to which leg he will use to hit the ball. The team that scores more runs are declared the winners.”

Currently, the sport is played only in four countries — India, Nepal, Bhutan and Sri Lanka.

In India, the nationals are a regular fixture. India were the winners of the 1st Indo Nepal T-10 Leg Cricket Series in 2013 and runners-up at the 1st South Asian Champi-onship at Nepal in 2016.

Asked about his journey, Ray shares, “My interest in leg cricket began in 2013. I had finished my Class X examinations when my school mates and physical education teacher asked me to try this game. I used to play badminton but found leg cricket very interesting. It was the beginning of my journey into a sport which is very intriguing.”

Soon, accolades begun to pour in and Ray decided to make the sport his profession.

Recalls Ray, “I made my debut in the 2nd senior national T10 championship in Ambala in May 2013. The opposition team batted first and put up 112 runs on board. I was batting at no. 3 and by the time, I got my chance, we were two down with 73 runs yet to score in last five overs. 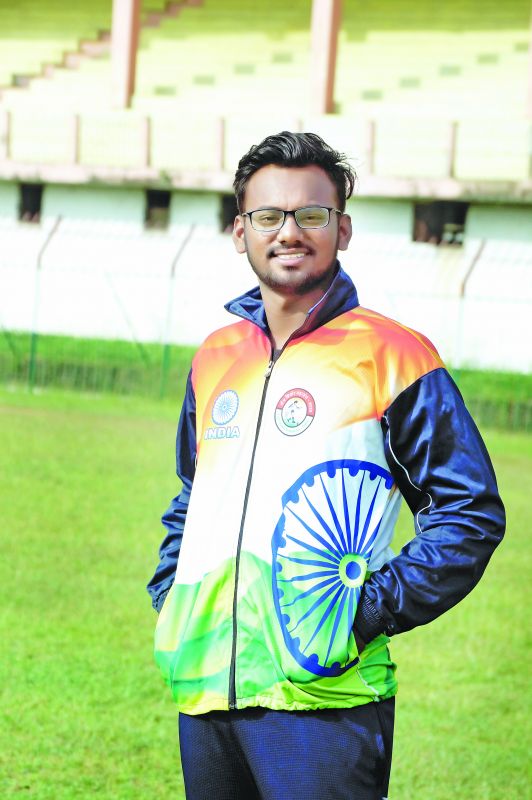 “I decided to attack and went for the long shots. We won with two overs still to go and I got my first half century in just 15 balls. It was the fastest in the sport so far. It was one of the memorable days of my short career and soon, I was named the team captain and we went on to win the 1st Indo Nepal T10 series.”

With opportunities far and few and the game having a distinct flavour to it, leg cricket is almost unknown in the country at present. Though Ray dreams high of making it as “popular as cricket, badminton or football” he also understands that it will require a lot of groundwork.

“Right now, we have a few domestic tournaments in an year but it is not enough. Most of the time we pay from our pockets along with the federation’s help.

“Also, people are hardly aware of it and even if they watch, they need to be educated on what they are viewing since the format is different.

“But I still believe the sport has the ability to reach the masses one day. We are a country that loves cricket and this game has similarities. We are taking slow steps and are doing our bit.”

Ray, who is pursuing a bachelor’s degree in Commerce from the Raipur University, rues lack of support from the government and sponsors but given the sport’s format and the country’s vast dynamics and shoestring sport budget that are unable to cater to other sport, it seems a near impossible dream.

“Leg cricket requires popularity. It is as physical and watchable as any other sport and I think we can find a fan base for it,” says the youngster, adding that he plans to approach India cricketers to help popularise the game  and is also seeking a meeting with sports minister Rajyavardhan Singh Rathore.

Says Leg Cricket Association president J.P. Verma, “The idea of leg cricket was born in 2010. We saw that there were many children in different states, who wanted to play sport like cricket and football, but did not have enough financial means. Leg cricket is easy on the pocket as it just requires a football and field of today and amalgamation worked well for the youngsters.

“It is easy to learn the rules and play but it’s not that easy. Players apply strategies and just like in cricket, they bowl slow and fast deliveries. Field placing is important as also the fielding.

“The best part is that chances of injuries are less.”

And even though numbers and records don’t have an official stamp yet, Verma shares that 216 in five overs is the highest a men’s team have scored till date. For the women’s, the figure is 135. Adds Ray, “Everything is difficult when it new and unknown. But we are determined to take leg cricket to places.”