Advani also revealed he had coaching plans but at the moment aspiring cueists could benefit through his app. 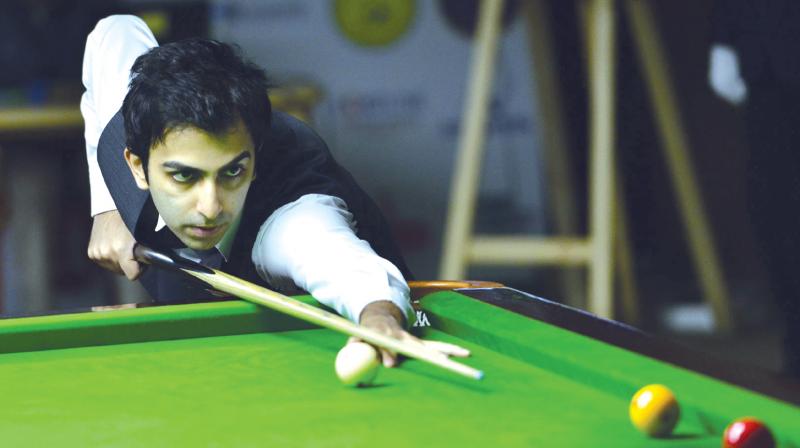 Mumbai: Pankaj Advani faces a tough task as he will play the IBSF world billliards and snooker championships this month without a break. The billiards events (150-up and long-up formats) are scheduled from November 9 to 15, while the snooker event commences on November 17 in Doha.

The 32-year-old 16-time world champion though, is up for the task.

“It will be challenging. Usually there is a month’s gap between the two events. I have to play back to back tournaments and am the only one to play in all three,” he said.

The Bengaluru based cueist won the 150-up format last year at home, beating Singapore’s Peter Gilchrist in the final but he isn’t taking any pressure to win again.

“I have not played for two and a half months now. I am mixing training, bit of both billiards and snooker. There is always pressure even if you play in a club level tournament. Butterflies are there in the stomach but my job is to go out and enjoy it,” he said.

Advani played last in August’s Cue Slam where he frequented social media to promote the tournament. He has enhanced now his engagement with fans by launching his own mobile app in collaboration with New York-based tech firm escapex.

application will be available on IOS and android platforms.

Advani has already about a million followers on Twitter and has been active on Instagram as well of late. He has his own website as well www.pankajadvani.com.

“This app will welcome fans into my world and also allow them to post content on the fan feed section and reach out to me,” he said.

Advani also revealed he had coaching plans but at the moment aspiring cueists could benefit through his app.

“I do have coaching plans like opening up an academy but right now I can advise and inspire youngsters by posting few videos on the app.”