The Mumbai franchise still have some ground to cover as they stand number four in the table. 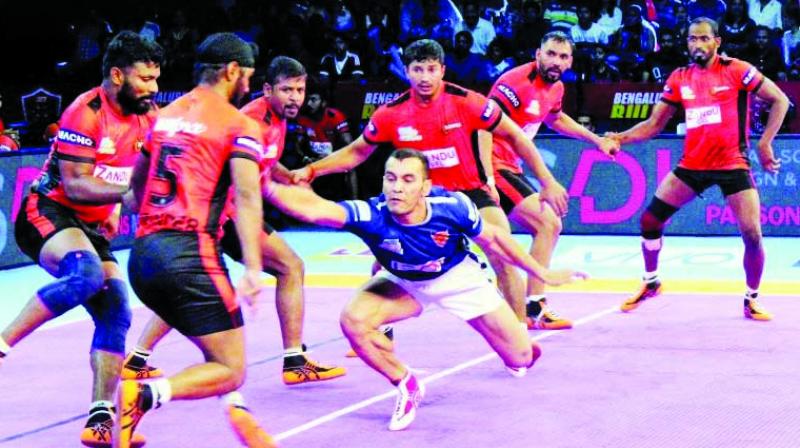 With only a handful of matches to go, the team needs the captain Anup Kumar now more than ever.

U Mumba coach E. Bhaskaran credited the performance of younger defenders as well as raiders who struck form at the right time for the team’s improved performance.

“Three of our starting seven players were injured initially and the team was struggling with form in the beginning. But that changed when the younger defenders who came in as the replacements, started to settle in and come in to form. In the raiding department as well, Kashi and Srikant  started to peak at the right time with Shabeer making his comeback through a few important performances. Anup has always been there as a strong player and a great captain,” Bhaskaran said.

The Mumbai franchise still have some ground to cover as they stand number four in the table. With only a handful of matches to go, the team needs the captain Anup Kumar now more than ever. “I have always told Anup to be on the mat for as long as possible as that is most important for him to lead the team. Everyone knows him to be a great raider but sometimes it’s more important to be a leader, to bring the team together and guide them — and that’s what Anup has been doing this season. The team is fairly young and so his leadership makes a very big difference,” he asserted.

Bhaskaran also said captaincy has not affected Kumar’s game. “Whenever the team has needed him, he has performed. But like I said earlier,  this time he has played a bigger role in making the team play as a unit,” he said.