Gaurav Gill continued from where he left on the first day to top the leader board at the end of the second day. 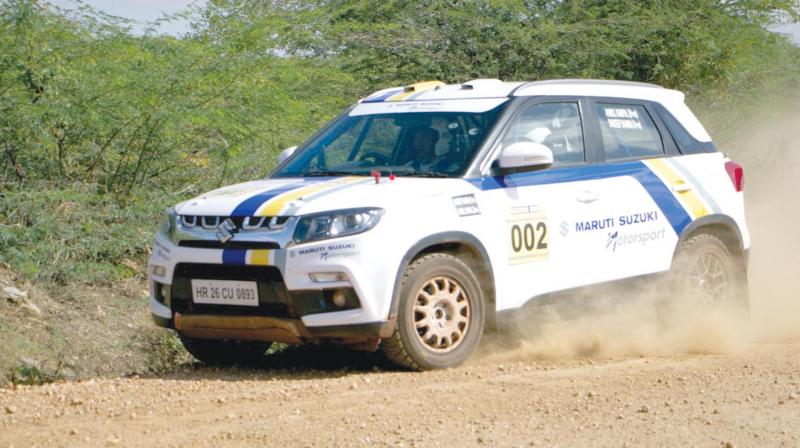 Davangere, Karnataka: Sandeep Sharma and Suresh Rana put up an impressive display on the second day of the Maruti Suzuki Dakshin Dare competition here on Tuesday.

Suzuki’s Sandeep, along with his co-driver Ammol Rampal were at their best clocking 58.09 minutes in three special stages and one super special stage for a timing of 03:35:05 minutes over the first two days.

Suresh Rana (with Chirag Thakur) , also fought back bravely to climb from the 11th position to take the sixth position.

“I did not have the best of starts to the rally. But I am glad that I could get back into the fray. Our team (Maruti Suzuki) has its hopes pinned on me and I am quite sure that I will keep improving and fight till the end to defend my title,” Rana said.

Gaurav Gill continued from where he left on the first day to top the leader board at the end of the second day. Gill along with Musa Sherif topped all the three Special stages and one super special stage.

His teammate Philippos Matthai (with navigator PVS Moorthy) came in second, with a total time 03:26:03 minutes.

Another Mahindra Adventure racer, Amittrajit Ghosh (with co-driver Ashwin Naik), slipped one place to take the third position after losing six minutes in the early part of the morning. Yuva Kumar continued to lead in among the bikers claiming in two of the day’s stages and ended up second in the third.