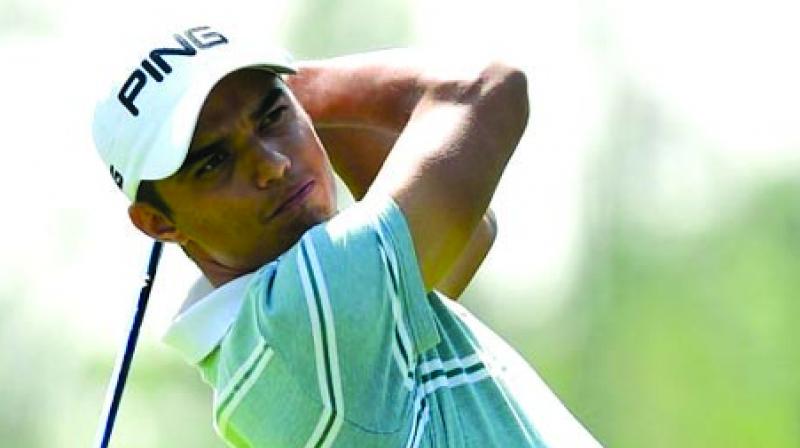 New Delhi: Ajeetesh Sandhu slipped to tied second after dropping three shots in the second round of the 37th GS Caltex Maekyung Open Golf Championship in Seongnam, Korea, on Friday.

Sandhu, who carded four-under 67 on the opening day, shot an even par 71 on the second to be three-under for 36 holes.

It was a good day for Indians as Shiv Kapur, despite a one-over 72, moved up from tied seventh to tied fifth, while Gaganjeet Bhullar (72-70) and S. Chikkarangappa (72-70) were tied ninth.

Arjun Atwal (75-73) squeezed inside the cut line with a birdie on his closing hole, the ninth, after a roller-coaster ride.