Gill, who finished on top of the first day, said that he was cautious about the track’s terrain and thus began slowly. 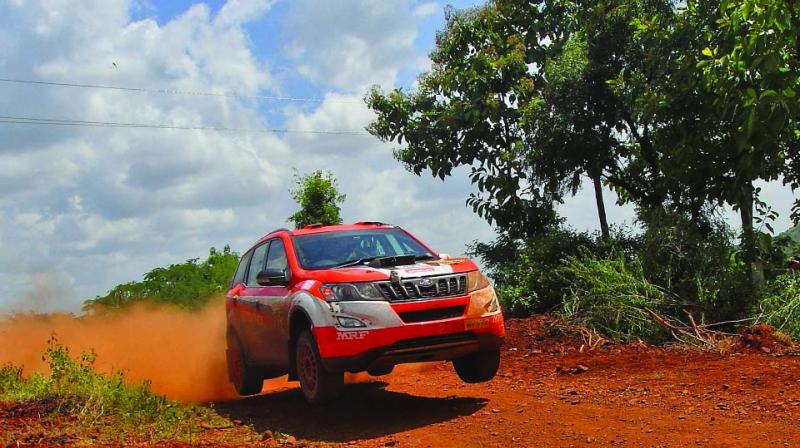 Gaurav Gill in action on Day One.

Davangere, Karnataka: Gaurav Gill was the fastest on the first day of the Maruti Suzuki’s Dakshin Dare competition that commenced here on Monday.

Gill along with his co-driver Musa Sherif clocked a time of 2:25:47 minutes in all the three special stages of the day. His team mate Phillipos Matthai with navigator V.V.S Murthy came second with 2:30:19 minutes. Amittrajit Ghosh with Ashwin Naik was close on the heels of the leading pack clocking 2:30:24 minutes.

Gill, who finished on top of the first day, said that he was cautious about the track’s terrain and thus began slowly.

“We were not aware of the terrain and there was a lot of gravel on the tracks. I usually scorch the track but here i had to be cautious and slide through the corners rather than coming in fast,” he said.