Cloud over HIL as Delhi pull out?

The HIL is set for a fresh auction this year but the latest news have cast doubts on the league itself that has completed five years. 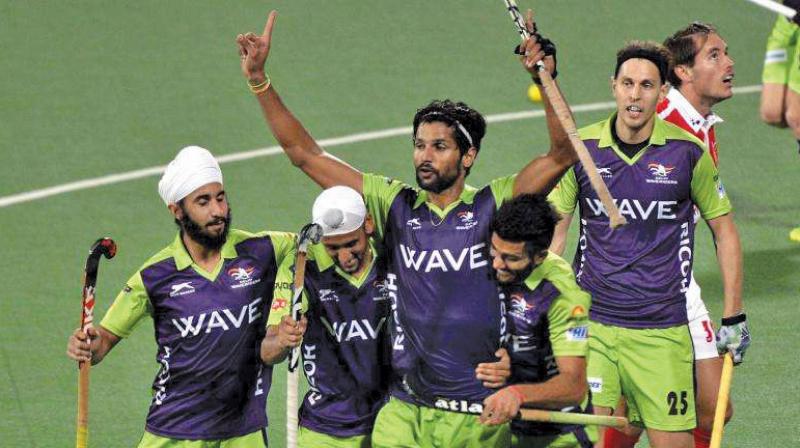 If reports are to be believed, Delhi have withdrawn from the franchise-based league owing to financial issues, casting doubts over the lucrative league that got under way in 2013.

New Delhi: Have Delhi Waveriders pulled out of the franchise-based Hockey India League? If reports are to be believed, Delhi have withdrawn from the franchise-based league owing to financial issues, casting doubts over the lucrative league that got under way in 2013.

Winners of the 2014 edition, Delhi it is learnt were given two weeks time in the franchises’ last meeting with Hockey India but no confirmation is forthcoming from the Wave-group owned franchise.

When contacted, Wave group director Captain J.S. Randhawa said things would be clearer by next week.

“I am not saying yes or no, at this moment. We are waiting to know the policy and will only be able to make a statement next week,” he said, refusing to elaborate.

Financial problems have gripped other teams as well who have found it tough to sustain an expensive roster and support system, with Jaypee Punjab Warriors among those who received delayed payments this year.

The HIL is set for a fresh auction this year but the latest news have cast doubts on the league itself that has completed five years.

Talk is also rife over HIL’s future itself following announcement of the Pro Hockey League — an international competition that will see nations play on a home and away basis over six months — that will get under way from January 2019.

Said an official in the know of things, “The Pro League is going to be huge and very rewarding and it will be very difficult to hold the HIL as it is held in the same window.

“In a meeting last month, the six franchises were made aware of this and there was talk of holding the HIL twice in 2018. One, in its usual window of January and February and then later in November-December that year as the Pro League will begin in January 2019.

“But then, will all the top players be available for these many months in an year given that there are crucial international fixtures in Commonwealth Games, the Asian Games and the World Cup next year? Also, India will host the World Cup in November and December 2018 making it impossible to hold the HIL during that time.

“There is a possibility that the HIL might not happen after 2019 given these issues as Pro League is the future.”

HI chief executive officer Elena Norman refused to comment, saying annou-ncements would be made at an appropriate time.