UMumba look to avenge loss in another Maha derby clash 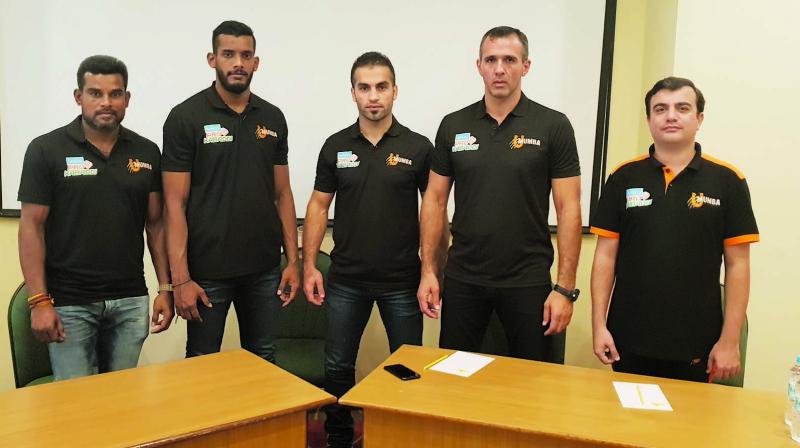 Buoyant from their thrilling come-from-behind victory over Patna Pirates, U Mumba will be looking to come back against the one team that has managed to hold them so far in the tournament. The Mumbai team will be well prepared against the Puneri Paltans when the two teams meet in a league encounter of the Pro Kabaddi League in Greater Noida on Saturday.

Having played twice already this season, the first match ending in a tie and the second a solitary point defeat for U Mumba, the stage is set for another cracker of an encounter between the two leaders on the points table.

While Siddharth Desai and captain Fazel Atrachali have emerged the star raider and defender for U Mumba, timely contributions from players like Rohit Baliyan, Dharmaraj Cheralathan, Abhishek and Surinder have helped the team maintain equilibrium.

It’s also been an interesting contest between the two opposing raiders Siddharth Desai and Nitin Tomar respectively and defenders Fazel Atrachali and Girish Ernak. While Tomar leads Desai 100-97 in raid points and Ernak leads Atrachali 31-29 in tackle points, the five games less played by U Mumba puts the individual performances in the right perspective.

Coach Gholamreza on the Maha-derby, “The team is well rested after the last match and we will be prepared this time against the strong Puneri Paltan. The  players  will have to hold their calm throughout the game as this is a tough match and it will go down to the wire.”

U Mumba have played Puneri Paltans on 14 occasions, having won 7, lost 6 and tied one and the stage is set once again for another grand edition of the Maha Derby.