Dorsa Derakhshani refused to wear the headscarf, known as the hijab, during a February competition in Gibraltar. 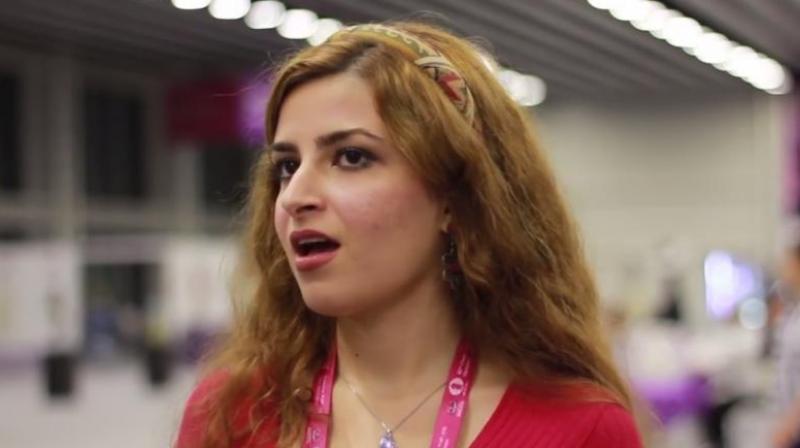 Derakhshani was awarded the titles Woman Grandmaster and International Master by the World Chess Federation in 2016. (Photo: Screengrab)

Tehran: A young woman banned from the Iranian national chess team, allegedly for attending an international competition without wearing an Islamic headscarf, has joined
the US team, an Iranian news agency reported.

The semi-official ISNA reported that Dorsa Derakhshani refused to wear the headscarf, known as the hijab, during a February competition in Gibraltar, and joined the US national
team.

Since the 1979 Islamic Revolution, Iran has required women to wear the hijab in public places. However, the semi-official Mehr news agency reported Monday that the president of Iran's chess federation, Mehrdad Pahlevanzadeh, said that Dorsa had in fact changed her
national federation to the United States, which was not unusual among chess players.

Pahlevanzadeh added that she was not a member of Iran's national chess team. "She played for Iran only one time in 2014," he clarified. Dorsa left Tehran and moved to Barcelona in 2015 after she received an invitation by a chess club that also supported
her studies, according to ISNA.

She was awarded the titles Woman Grandmaster and International Master by the World Chess Federation in 2016. At the February competition in Gibraltar, her brother Borna Derakhshani, also a chess player, was paired up by a computer against Israeli grandmaster Alexander Huzman.

Pahlevanzadeh later announced that Borna was banned from playing for Iran, and that Dorsa was also banned for not wearing the hijab at that competition. Iran has a policy of not competing against Israeli athletes.

The country does not recognize Israel and supports anti-Israeli militant groups like Hamas and Hezbollah. Shohreh Bayat, the general secretary of Iran's chess federation, said Dorsa was now studying in the US, according to Tasnim, another semi-official Iranian news agency. "(Dorsa) Derakhshani has not become a member of the US national chess team, she just changed her federation to the United States," Bayat said.