The Indian defence was put under relentless pressure by the Belgians 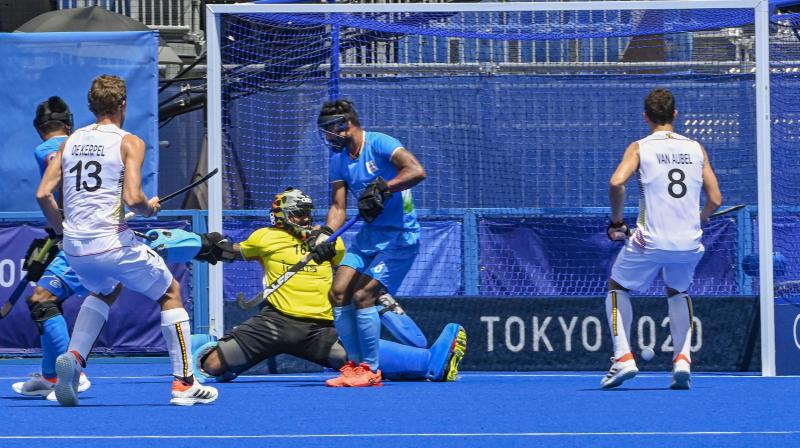 Players in action as India hits its first goal against Belgium in the men's field hockey semifinal match, at the 2020 Summer Olympics. (Photo: PTI)

Tokyo: The Indian men's hockey team's dream of entering the Olympics final after 41-years remained unfulfilled as it lost 2-5 to world champions Belgium in the last-four stage but the side is still in the hunt for a bronze in the Tokyo Games here on Tuesday.

India's last appearance in the final of the Olympics came way back in 1980 Moscow Games, where they went on to win their last of the eight gold medals.

The Indians had only themselves to blame for Tuesday's disappointment as Belgium's all four goals came from penalty corners.

The Indian defence was put under relentless pressure by the Belgians as they secured as many as 14 penalty corners out of which they converted four.

Belgium's game plan was clear from the onset as they tried to enter the Indian circle and earn penalty corners with Hendrickx and Luypaert in their ranks.

The ploy worked to perfection as the Indian defence wilted under pressure to concede the set pieces.

India too earned five penalty corners in the match but could make use of just one.

The Indians still have a chance to secure an elusive medal from the Olympics as they will feature in the bronze medal match on Thursday against the losing team from the second semifinal between Australia and Germany later in the day.