“He is the best sprinter of all time,” was IAAF president Sebastian Coe’s blunt assessment of Bolt. 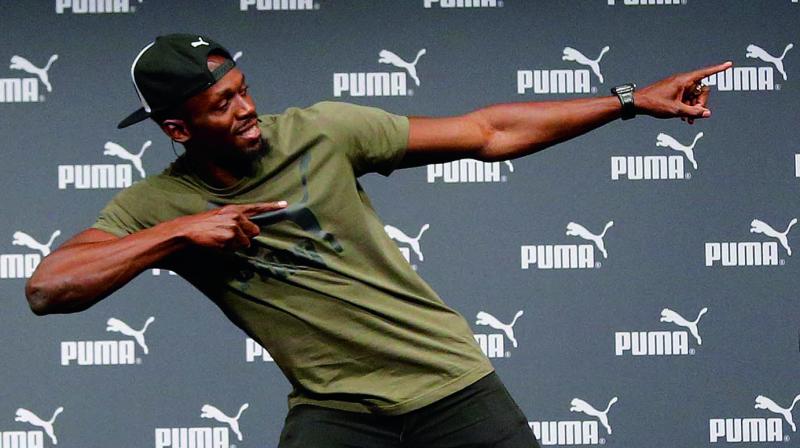 London: Usain Bolt’s decision to call time on his glittering career will dominate the IAAF World Championships in London that starts Friday. The Jamaican sprinter, an eight-time Olympic gold medallist with 11 world golds to his name and world record holder in the 100 and 200m, will race just the 100m and 4x100m relay in the British capital.

The 30-year-old will leave a huge gap for track and field to fill, Bolt’s startling on-track achievements having been accompanied by a charismatic yet humble personality that has never ceased to draw attention for all the right reasons.

In the past few seasons, that has often come with athletics at its lowest ebb thanks to doping crises and linked corruption at the very heart of the sport’s presiding body. “He is the best sprinter of all time,” was IAAF president Sebastian Coe’s blunt assessment of Bolt.

“Usain Bolt is a genius. I can’t think, other than Muhammad Ali, of anybody that has so had an impact inside or beyond their sport. “You can have the Friday-night-in-the-pub conversations about who is best footballer or tennis player, but there is no argument about this guy in sprinting.”

Coe added: “What we will miss is the personality. We do want athletes with personality. It’s nice to have someone who has a view and fills the room and fills a stadium.” Bolt insisted he would go into the defence of his 100m crown as an underdog.

“That’s what I keep reading and what my team keeps telling me, so I’ve got to prove myself again,” he said in a stark warning to potential rivals. He added: “I’m comfortable saying I’m a legend because I’ve proved myself. Off the track, I’m as simple as can be.”

With Bolt nearing the exit, much talk has focused on who could likely fill his large spikes. One name pops up continually: that of South African Wayde van Niekerk, the current world and Olympic 400m champion who destroyed American Michael Johnson’s world record when winning in Rio last summer.