Serena of all Supermoms

Kerri Walsh Jennings won her Olympic gold in beach volleyball when she was five weeks pregnant. 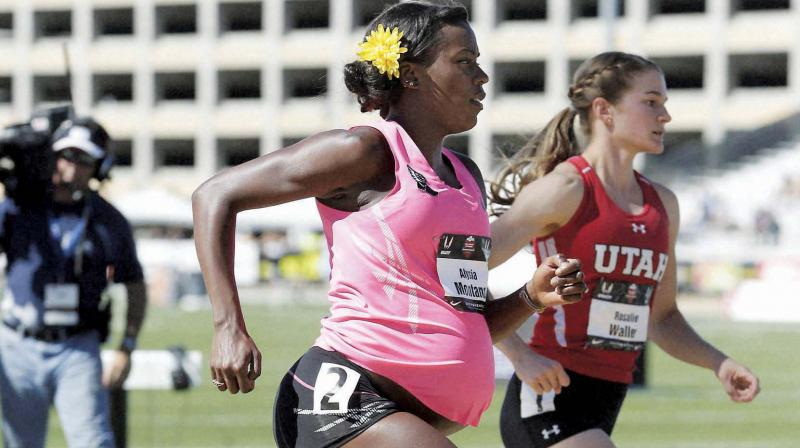 When Serena Williams, hailed as the Greatest Of All Time (GOAT), announced that she was pregnant, the whole world responded with a surprised gasp. Just weeks ago, the tennis superstar won the Australian Open without dropping a single set — her foetus should have been eight weeks old then.

The news set off a verbal duel in the cyber world between many admiring her amazing physical and inner strength, and others considering it ‘disrespectful’, dangerous to the baby, and an act trivialising motherhood.

With gynaecologists usually advising women to be cautious during week 1 to 12, does Serena’s win bust the myths surrounding pregnancy care – such as one should not engage in strenuous physical activities or undergo emotional stress?

“Not necessarily,” says Dr Deepa Ganesh, Chennai-based laparoscopic and cosmetic gynaecologist, “Usually, one would not realise that they’re pregnant till the eighth or ninth week. We normally suggest avoiding physical activity only if they have symptoms like spotting or have had a history of miscarriage or were undergoing IVF treatment.”

In Serena’s case, pregnancy could have helped her put up her best show. “People who are physically active like Serena have good cardiac activity and during pregnancy, their blood volume and cardiac output increases. More blood flows into the muscles, oxygen supply increases and the hormones secreted — oestrogen, progesterone and some amount of testosterone — will increase the muscle mass,” Dr Deepa feels. 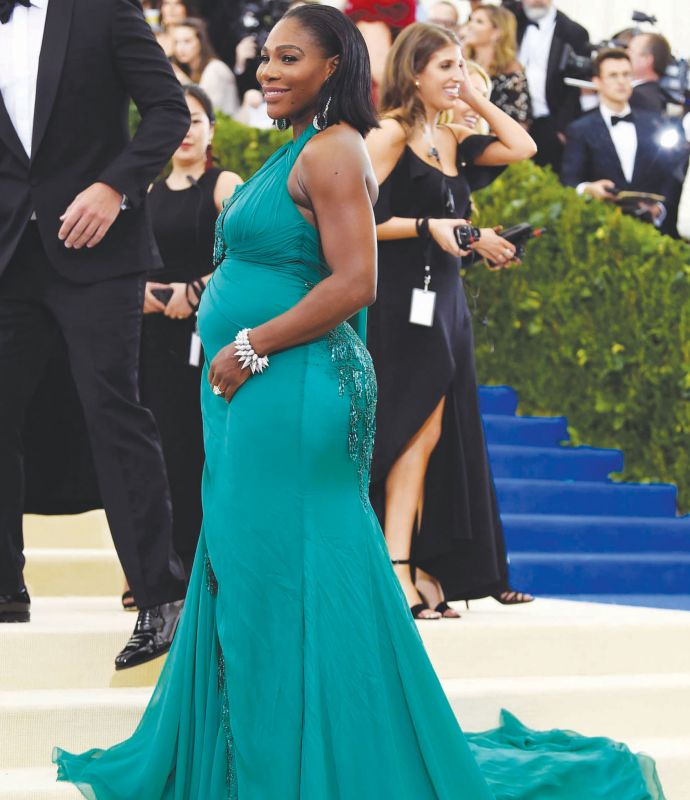 There is popular belief that pregnancy of women above 30 years falls under the high-risk category. “After 30 years, bone strength reduces and women have the risk of hypertension and diabetes and due to the mother’s age, the child has a risk of Down’s syndrome. But we have all the facilities to keep a tab on the baby’s growth, check genetic disorders and mother’s health, and delivering a healthy baby is not difficult,” opines Dr. Manjula Anagani, chief gynaecologist and obstetrician of Maxcure Hospitals, Hyderabad.

For most expectant mothers, pregnancy is no easy phase. It’s a time of sickness that goes beyond ‘morning’, of extreme fatigue, throw-up spree and emotional rollercoaster. What makes Serena a class apart?

“Definitely her training. For Serena, taking care of her lower back is extremely important. With proper liquid intake, adequate diet that ensures good calorie intake, physiotherapy, avoiding dehydration, exercises and getting enough breaks, a healthy pregnancy is possible. But uterus being a low-resistant organ, she should not fall and subject it to trauma. Otherwise, she can deliver a healthy baby,” says Dr Manjula.

However, Serena is not the first pregnant sportsperson in her best form. Kerri Walsh Jennings won her Olympic gold in beach volleyball when she was five weeks pregnant. Canadian curler Kristie Moore sported a five-month baby bump when she won silver at the Vancouver Winter Olympics. ‘Flying Flower’ Alysia Montaño was just six weeks away from delivering her daughter when she competed in an 800-m race. Do all these make it safer for pregnant women to engage in hardcore sports?

Dr Deepa says that there’s no need to stigmatise lighter sports until you’re healthy, though she wouldn’t advise rough sports after eight weeks. “Exercise is usually recommended. Walking, running, and hitting the gym are fine, especially if they have been doing it before pregnancy; just make sure that you remain in the comfort zone. The moment you feel uncomfortable, stop doing it,” she stresses.

Dr Manjula concurs, “Being a sportsperson, her abdominal walls will be stronger than normal pregnant women. So, that makes her different from others. But if others try to imitate her, it might lead to complications. Exercising under proper supervision is recommended. You just need to ensure that the uterus doesn’t suffer any trauma.”

In short, not all moms-to-be can be stellar like the GOAT, but carrying a life inside, they can still be superwomen.