Among the bowlers, Qais Ahmad showed resistance with 2/7 for Rajputs. 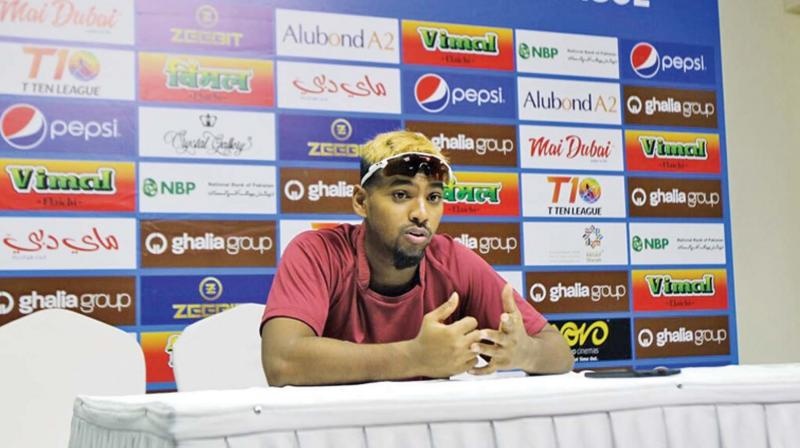 Sharjah: Northern Warriors cruised past Rajputs by seven wickets with 25 balls to spare to end their league stage on top of points table at the second season of the T10 League at the Sharjah Cricket Stadium here on Friday night.

Chasing 65, Warriors wicketkeeper Nicholas Pooran led the fightback with an unbeaten 45 and well supported by Dwayne Smith as they overhauled the target in just 5.5 overs.

Among the bowlers, Qais Ahmad showed resistance with 2/7 for Rajputs.

Warriors captain Daren Sammy said T10 format has the great potential to reach to the world level because there still space for formats like T10. He says the team who has better bowling line-up is in a better position.

"Team with the best bowling side will win and it's the bowlers who will make a difference, not batsmen," he said.

Earlier, Rajputs scored 64/8 in the allotted overs but the consecutive fall of wickets saw them lost the grip on game. However, they fought with full spirit and Ahmad also contributed with bat, scoring an unbeaten 19 runs. Trinidadian Khary Pierre impressed with the ball as he took 3/10 for the winners.

In another match, Maratha Arabians' Najibullah Zadran hit seven sixes and three fours to post 60 off 24 balls to secure a nine wicket victory over Sindhis and to enter the eliminator round.