Kalmadi is currently chairman of the Pune International Marathon Trust and is set to flag off the races on Sunday. 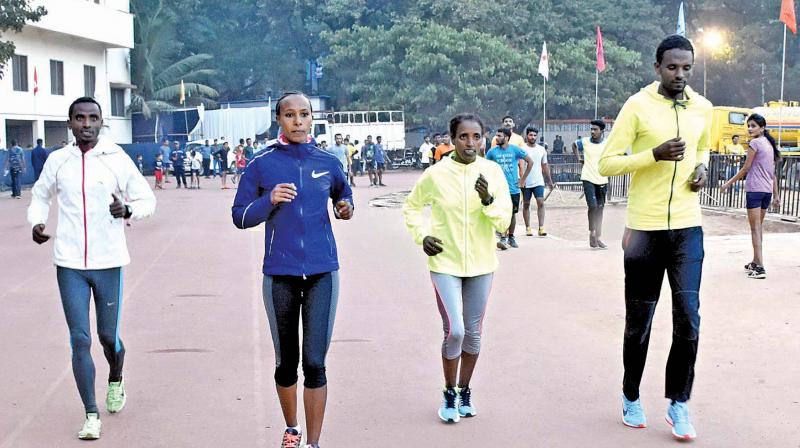 After a few hiccups, Pune International marathon will be flagged off on Sunday with Ethiopian and Kenyan athletes leading the charge.

After a few hiccups the 33rd Pune International marathon is set to commence on Sunday. More than 15000 athletes from India and abroad will be running in the annual event conducted across 16 categories. The late Pralhad Sawant memorial run will follow all the competitive runs on Sunday. More than 2000 young runners participated in the school championship organised as part of the mega event on November 22.

The run organised by the team led by former Athletics Federation of India President, Suresh Kalmadi has run into rough weather in the last few years. Kalmadi is currently chairman of the Pune International Marathon Trust and is set to flag off the races on Sunday.

Pune Marathon didn’t take place in 2016 and was held twice last year. The previous event faced AFI permission hassles before getting clearance at the last minute. This year, the organisers complained of less funds from the local municipal committee as per reports but nevertheless the event is finally seeing the light of day.

“We have everything in place to conduct the marathon successfully. We have got all the essential permissions and have adequate funds,” said Rohan More, joint race director of the event.

It was conducted in January and December last year. The organisers have managed to bring back the winners of both these races to grace the competition. Getachew Besha of Ethiopia who had clocked 2:15.15 to finish in the first position will defend his title and Kenya’s Hosea Kipkemboi will lead the pack of over 100 foreign athletes. The event will be flagged off at Sanas ground at 5 am. The organisers believe the long-standing course record of Joseph Kahugu from Kenya in 1996 can be breached. Kahugu had recorded a timing of 2:13.00.

“With both winners here, weather in favour and course eased this year we can expect a timing of 2.12 breached from the winner in men’s full marathon. The street lights will be on and it will be quite a spectacle,” Rohan added.

Among foreigners, Ethiopia has a strong field, followed by Kenya. Among women athletes a total of 27 foreign athletes from Ethiopia and Kenya will compete in the women’s section.

Last week, girls and boys from Pune’s private and municipal schools in age groups under 8, 10 and 12 years, participated in a competition sponsored by Brainstorm International Phonics Class. First three finishers in each of the races will be give prizes during the 33rd Pune International Marathon at Sanas Ground on Sunday.

With an increasing number of participants in the smaller age groups, the organising committee of the Pune International Marathon had decided to separate these races from the main races to ensure increased safety for children.