Bringing technology to the golf course

On the market for some time now are apps like Golfshot and Arccos Golf and Game Golf to name just a few of the better known. 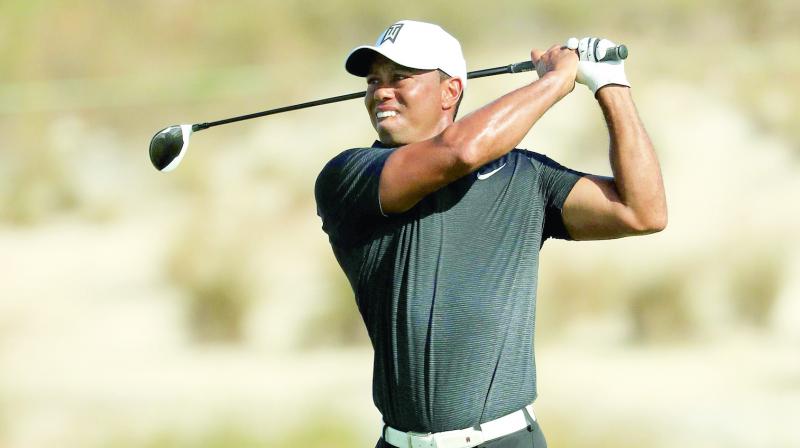 Technology and golf have always moved hand in hand. Club development is only the most frequently seen aspect of this interface and not surprisingly, the boom in information management tech and systems has had its impact on the way golfers prepare and practice too. Like chess, where, ever more complicated software comes on the market on an almost daily basis, golf is flooded with gear, software and appliances designed to make you a better, more compete golfer.

On the market for some time now are apps like Golfshot and Arccos Golf and Game Golf to name just a few of the better known. These help manage statistics, calculate yardages, track shots made and a host of other features.

Joining the pack is another — Upgame — designed and launched by six young Indians that has started to make a mark because it links a golfer with her/his coach or instructor enabling the latter to keep close tabs on their wards’ performance in all aspects of the game.

Sameer Sawhney was a promising young golfer, with an academic bent of mind. He shifted to the USA hoping to improve his game, but realised that technology would have to play its part in helping him take on “players superior to me in strength, speed and experience”. Having majored in Statistics, he set out to “pinpoint my strengths and weaknesses from a purely analytical perspective .. to optimise my training and conducting risk reward analysis to devise intelligent course strategies”.

Says the young entrepreneur, “The amalgamation of golf and statistics changed my life drastically, and made me realise the potential of such practices. Data-driven decision making has been powering some of the most successful organisations and individuals in the world and with Upgame, we aimed to democratise these tools.

“Interacting and playing the Pro Am of the Hero World Challenge in the Bahamas with the likes of Zach Johnson and Jordan Spieth further bolstered my belief in the importance of statistics when they revealed that they had hired statisticians on their team, along with the swing coach, mental and fitness trainers.”

Having put in some hard yards in terms of market research and seeking feedback in requirements from players and coaches at different levels, Sawhney realised that “the only problem with statistics was that all existing methods were extremely tedious and time consuming”. He then brought fellow golfer and co-founder Shivaam Tibrewal on board and they decided to build an application with two main parts to it. Part one, was about building a better connectivity between student and coach. The second was statistics.

Says Sawhney, “More often than not, we forget 40 per cent of our golf lesson by the time we walk to our car. Our two-way communication system between student and coach allows coaches to post lesson recap videos and students to post videos and text notes when they are away from their coaches. We also built an extremely quick, easy and visual data entry system that gives you a complete analysis of your golf game revealing your weaknesses and strengths. The user can share all this data with their coaches by the click of a button. The app also shows you your progress month over month so you can actually see if you are improving or not. Since you can only improve what you can measure, Upgame is almost like a report card of your golf game.”

It has also been received well be tech platforms and for a. As the Upgame app lets a coach to go over previous months data to draw correlations on what periods their students were playing well and therefore help track progress, it has been of special use to young and budding golfers, Sawhney avers. Upgame was shortlisted in the top 10 sports innovation start-ups by the HYPE Foundation and was presented at the SPIN final held alongside the Summer Universiade in Taipei this year. It received favourable reviews at the KPMG Sports Analytics Conference in Mumbai this October.

Golfers have responded positively to the development. Says junior world champion Shubham Jaglan, “The app is unbelievable, something that took so long is now a matter of a few minutes. The best part is the connectivity you can maintain with your coach through the app, which helps a lot.”

Woman professional Neha Tripathi says it helped analyse her game quickly. A user friendly app, that gives an analysis of your daily rounds. It’s something that I look forward to post my rounds, during tournaments and practice sessions. It’s super quick to do your stats and it gives a great feedback on areas to improve and work harder on.”