The last mentioned aspect, if I need add, is critical if India is to become a sporting nation. 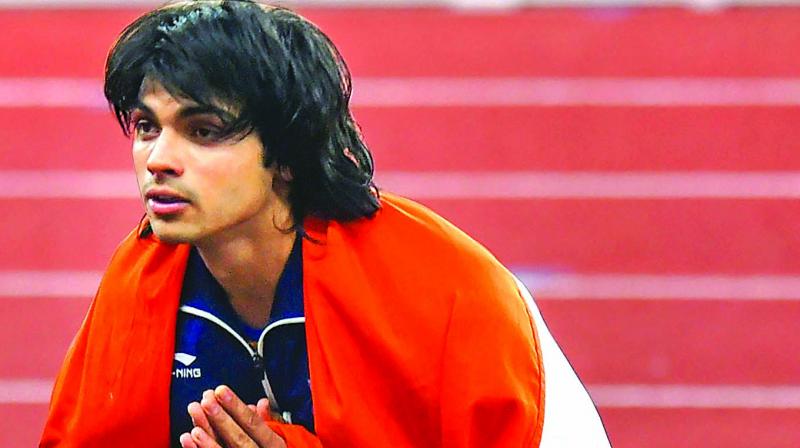 A flurry of medals in the last three days helped India finish the Asian Games with their best-ever tally (69, including 15 golds). Cynics might contend that the tally was boosted by success in new or lesser-known disciplines like bridge and wushu, but that is puerile argument.

Playing at an international event is not a piece of cake, whatever the sport. The pressure of competition is intense, and medals have to be earned. They don’t come as gift. All told, this is an impressive performance and should give a fillip to sport in the country.

Otherwise not seen as a priority sector, sport will hopefully now get the attention it deserves — not just from government and sports authorities — but people at large.

The last mentioned aspect, if I need add, is critical if India is to become a sporting nation.

Mass participation is the only way to expand the base, which in turn will lead to more elite athletes at the top of the pyramid. The government and federations are obviously expected to do their bit, but a great deal more depends on how communities, families and individuals adopt and pursue sport.

Coming back to the Asiad, there were several performances to savour, and none more than 22-year-old Amit Palghan’s stunning victory over Olympic champion Hasanboy Dusmatov in the light fly boxing event.

Within just 9 minutes, as it were Amit, showing brilliant technical finesse and deep ambition, propelled himself to the elite level in this discipline and will now be targeting a podium place at the Tokyo Olympics.

And he is not the only one. Neeraj Chopra (javelin) and Jinson Johnson (1500m) were also up there with the best in the world with their efforts in Jakarta. In the two years that remain for the Olympics, hopefully some others will also make the cut, apart from the badminton players, shooters, boxers, archers and wrestlers.

Amit and 23-year-old Neeraj, in fact epitomised the rise of GenNext in Indian sport as several new faces came up with hugely creditable performances and across disciplines: Saurabh Chaudhury (shooting), is only 16, Hima Das (400m) 18, Dutee Chand (sprints) 23, and Swapna Barman in her early 20s.

Some of them (Hima, Swapna, Dutee) were fantastic stories too: of overcoming heavy odds to compete at this level and win medals. While not all may go on to become world or Olympic champions, they represent the latent talent and aspiration to succeed that exists in, especially in small town and rural India.

True, there were disappointments too. Gold medals in kabaddi (men and women) seemed a foregone conclusion, but both teams were stunned by Iran. The men, in fact, could win only bronze. The rising popularity of kabaddi brings with it also threat to India’s suzerainty in the sport.

Likewise in hockey, the men’s team was tripped by Malaysia in the semis and had to settle for a consolation bronze. That this came by beating archrivals Pakistan is of some solace. But minus the jingoistic delight, the hockey scenario throws up more questions than provides answers.

The women’s team fared much better. Reaching the final after 20 years and winning the silver medal was fine achievement. The team’s ranking too has gone up from 12 to 9, so progress is discernible. But like their male counterparts, the women too now have to qualify for the Olympics.

There were shortfalls in medals — or not getting the expected colour — in wrestling, archery and boxing compared to the previous Games four years back. Fortunately, these were made up by some sterling efforts — individual and team — in other disciplines like squash and table tennis.

The most redeeming aspect of the Asiad for me was the success in track and field events, which yielded a whopping 19 medals, including seven gold (up from 2 in 2014) and 10 silver, some of them totally unexpected, and most who didn’t win a medal exceeding their personal best.

Clearly something right is happening in this stream. Incidentally, the Athletics Federation of India is the only sports body headed by a former athlete, Adille Sumariwalla.

Is there is a message in that somewhere I wonder?